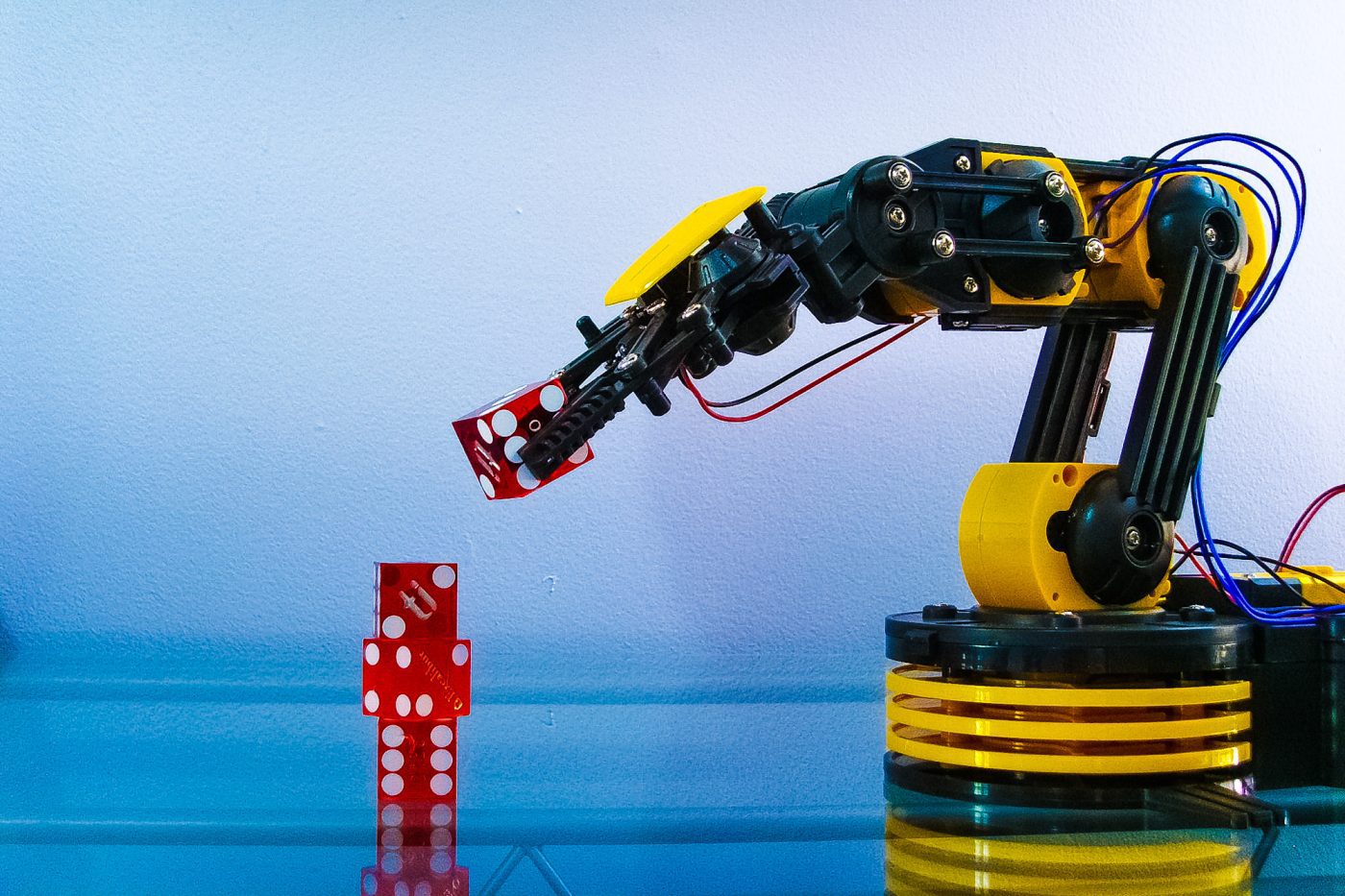 The robotic arm to help your ideas become reality

We’ve seen how robotics has evolved over the past few years, from the development of a wheelchair that provides mobility with a robotic arm to robotic baristas serving coffee autonomously. HUENIT is no exception to the growing list of robot products that offer a variety of uses, including a 3D laser, 3D printer, and more.

With built-in noise reduction, HUENIT works quickly, precisely and quietly. And it can lift up to 750g and move at speeds of up to 500mm/s.

Don’t miss this opportunity, save up to $800 today with our HUENIT Pro kit.
👉🔗https://t.co/Q36Tce9MKK pic.twitter.com/Qn0NgxlNvz

HUENIT is a robotic arm that uses AI to do a number of things that can help creators bring their imaginations to life. Equipped with WiFi and Bluetooth options, users can connect their devices to the robot and control it wirelessly. It also has a built-in vacuum pump, creating a suction tool with available 5mm, 10mm and 15mm suction cup.

Here are some of the main features of the HUENIT.

HUENIT’s AI camera comes with a 64-bit CPU, and all accelerators support real-time image recognition. It also has a voice recognition option with a robust microphone. Once the photo has been identified by the tool, it never forgets it.

Moreover, its speech recognition performance is also outstanding. It perfectly identifies all sounds. HUENIT camera can be connected to open source hardware such as Arduino, Raspberry Pi and UART port. It has the following specifications:

The HUENIT is nifty for small prints and works like any 3D printer. The tool is attached to the robot arm, which has a 40W heater and dual cooling system to facilitate the printing process.

HUENIT’S high power laser can cut and engrave on a number of materials including plywood, leather and fabric. This is especially useful for those designing custom materials.

Laser engraving and cutting
The high power laser (2500 mW) with an automatic cooling system is able to cut and #engraving various materials.

This robotic arm can also help create drawings, calligraphy and more with its pen holder module. All HUENIT needs is a pen or other writing material to do its job. This can be useful for illustrators or designers who need to create multiple iterations of a certain design.

Finally, for those who need a different tool that is not part of any of the predetermined modules, HUENIT has the creator module. Specifically used for custom mods, this encourages users to create their own mods for whatever purpose they need, such as a phone holder.

Personally, I think the HUENIT offers multiple opportunities, including using the pen holder to write or draw when needed. Although it is priced at $1,199, the features are promising enough.

At present, HUENIT has been successfully supported both Starter and indiegogo. It is expected to ship in the second half of 2022.

Photo credit: The report picture is symbolic and was taken over by Dan Ruscoe.

Did this article help you? If not, let us know what we missed.