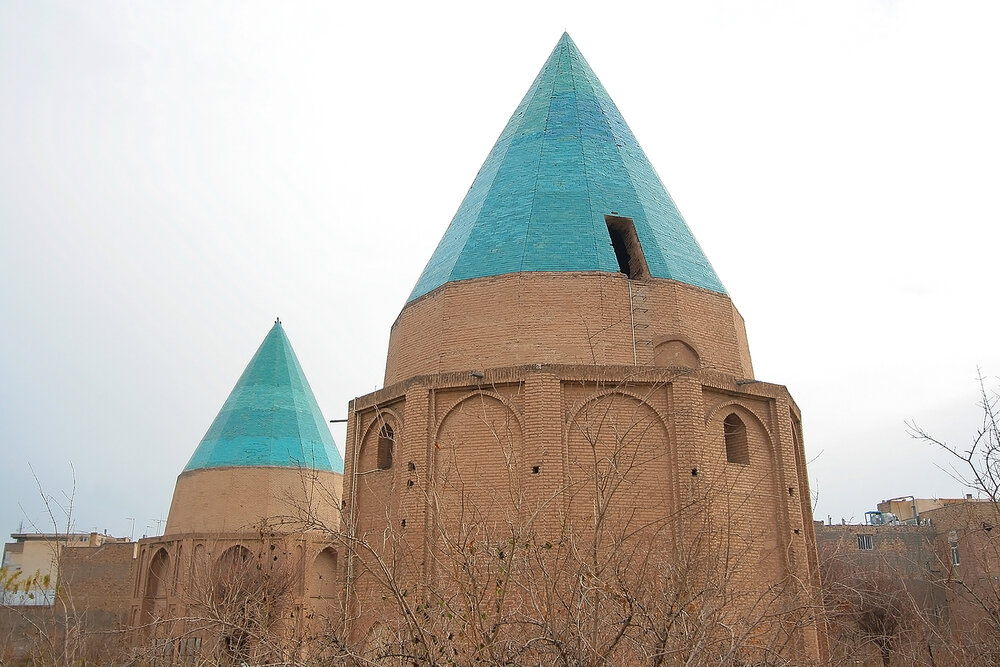 The province of Qom offers specialized tours for administrators, researchers

TEHRAN – The province of Qom, which encompasses various religious, historical, cultural and natural sites, has organized a series of specialized tours for administrators, students and researchers.

“Specific visits and workshops have been organized for administrators, students and experts in history and sociology,” said provincial deputy head of tourism, Ammar Kavousi, on Saturday.

Today, the first tour in the series was conducted to showcase some religious sites and mausoleums capped with conical domes, the official said.

Visits to historic houses and mansions as well as those to historic Ab-Anbars (cisterns) will be organized in the near future, he said.

Besides tourists and pilgrims who visit Qom to pay homage, it is also a prime destination for Shia scholars and students who come from all over the world to learn Islamic studies in its madrasas and browse prominent religious bookstores. Here is a selection of things to see and do in Qom:

The imposing shrine tends to go unnoticed, but it is one of the most amazing mosques in Iran. Named in honor of a sister of Imam Reza (AS), the eighth Shiite Imam whose shrine is located in Mashhad, the geometric shapes and floral designs of the shrine have a distinctly feminine touch, making you want to be linger a little longer outside to admire the tiles. The interior of this spacious sanctuary is immaculately decorated and has many notable on-site burials, ranging from royalty and political figures to clerics and scholars.

Bazaars are the beating heart of Iranian cities, and Qom’s is no different. Divided into two parts, the old section dates from the Safavid era (around four centuries ago) and looks more like a craft exhibition, while the new section was developed and enlarged in the 19th century.

Tucked away in a small garden are three 13th-century tower-shaped mausoleums built for members of the House of Safi, who ruled Qom in the 14th century. The two conical turquoise domes and a round dome are 12 sided on the outside but octagonal on the inside. The intricate masonry, along with Thuluth and Kufic calligraphy, are just a few of the similarities they have with the Dome of Soltaniyeh in Zanjan, from which they are said to have been inspired.

Another destination could be the Yazdanpanah house, which dates back to the end of the Qajar era and the beginning of the Pahlavi era. This 120-year-old mansion is divided into separate wings to accommodate changes in temperature throughout the year. Elaborately designed columns, windows and wind towers stand out from the simple mud brick building. It’s a spacious but comfortable place to enjoy a Persian meal, especially the traditional dizi stew or kebabs, followed by tea brewed over a charcoal fire.

The Jamkaran Mosque, which is a popular pilgrimage site for Shia Muslims, was originally built in the 1730s and expanded over the years. Thuluth’s brick iwans, multi-colored tiles, and calligraphy become especially scenic at night when spotlights illuminate the complex and give it a spiritual glow. The pilgrims who frequent this mosque write their vows on a piece of paper and deposit it in the well of the mosque for the 12th imam to answer.

One of the most visited natural sites in Qom is Hoz-e Soltan, an eye-catching salt lake located in the middle of the desert. Visitors could easily walk in the shallow parts and enjoy the shapes created by the salt, however, the center of the lake could be dangerous as it is muddy and could easily trap people.

COS celebrates pride in collaboration with fashion photographer Coco Capitan

What is Arabic calligraphy? – Dubai Global Home. Migrate to Dubai, Live in Dubai, Invest in Dubai, Real Estate in Dubai, Study in Dubai, Jobs in Dubai, Vacations in Dubai, Visa Information in Dubai, Apartments for Sale in Dubai

The magic and allure of Persian poetry

[Well-Curated Weekend] Too much time, not much to do on Chuseok vacation?