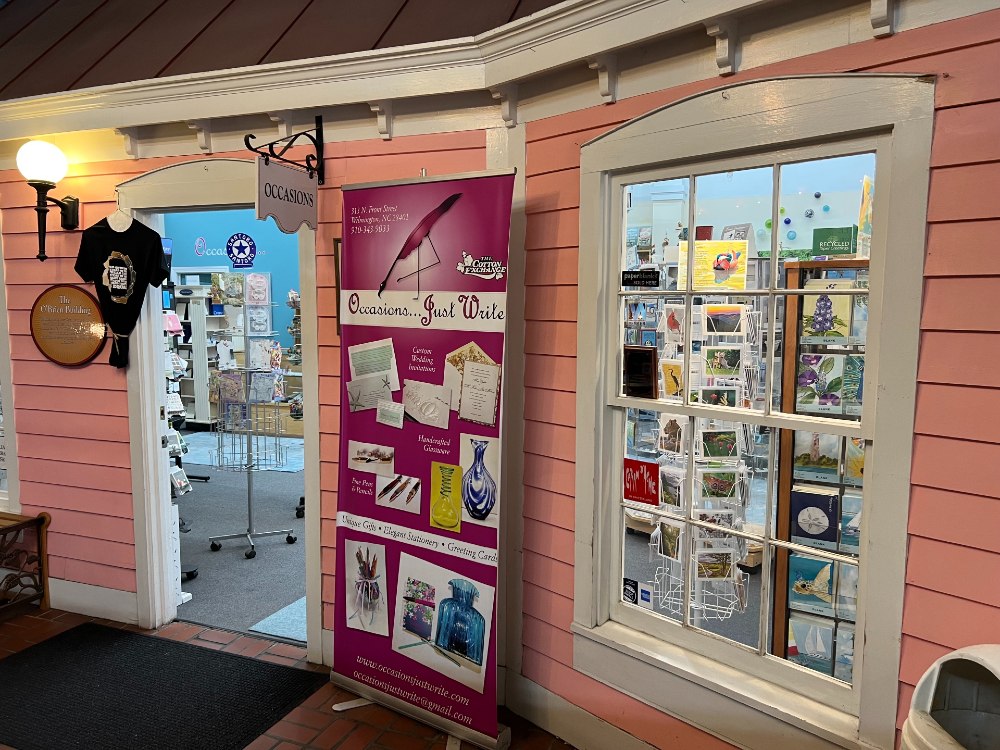 Around the age of 10, Kirsten Lovan discovered a downtown store that carried her through to adulthood.

Lovan’s family lived in downtown Wilmington, and his mother was a chef at Caffe Phoenix, a popular Front Street restaurant that closed in 2012. So Lovan grew up downtown, where a The Cotton Exchange store at 313 N. Front St. caught his eye. and held it.

“I remember going to Occasions… Just Write as a little girl and flipping through wedding invitations and stationery,” said Lovan, who bought the store with her husband, Derek Schmidt, the week last.

Lovan said she wanted to carry on the legacy of the store, which opened in 1999 and had been owned by Peggy Mahan for 10 years, while leaving her mark. Lovan and her husband bought the business for an undisclosed amount, and she said she plans to bring new ideas to the business (while continuing to stock items regulars love, including pens high-end and unique gifts).

Both Lovan and Schmidt have over 10 years of experience in retail and merchandising, and Schmidt is the founder and CEO of two companies – DesignLoud, a marketing agency founded in 2011, and SWELL Systems, an online software company. as a service created in 2017. .

Adding Occasions…Just Write to the couple’s business portfolio will bolster Schmidt’s other endeavors, he said, allowing him to use its products and services for his needs and to offer them to his own clients. .

“There is a correlation where we can expand our services using some of the products and services that Occasions…Just Write will be offering,” Schmidt said.

Mahan said on Friday she made the decision to sell the business because it was time “to embrace a new era.” Lovan said Mahan’s customers have shown their appreciation for the company.

She said: “A lot of people have come over the past week to say congratulations and say they’re long time supporters of the store.”