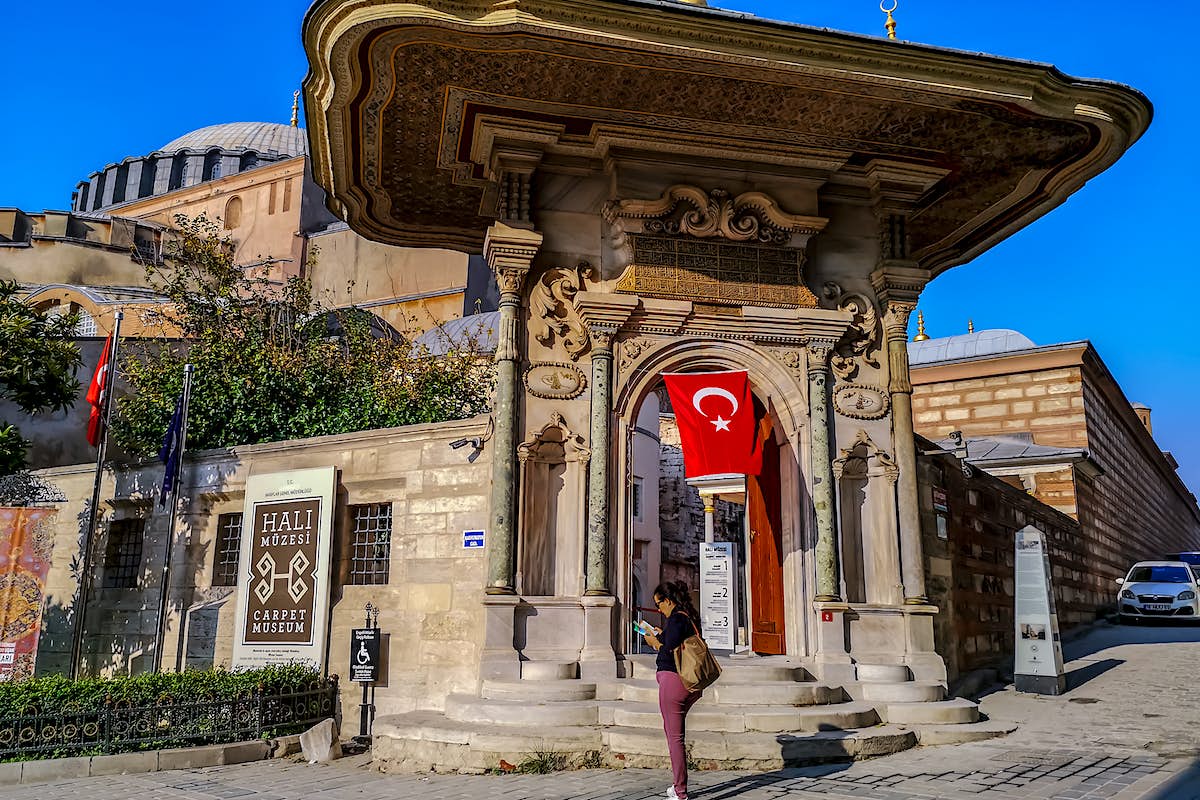 The 10 best museums in Istanbul

With centuries of historical relics scattered among its modern streets, and more continually uncovered, Istanbul is a museum in itself. But the city also has amazing museum collections – of ancient relics and modern art, old and new crafts – in institutions that are both intimate and grandiose.

Here are our picks for 10 of Istanbul’s most fascinating museums.

Located in a leafy part of the ancient palace grounds, Istanbul’s Archaeological Museums (three buildings in one complex) house an impressive array of relics from many civilizations dating back thousands of years. Its collection of over a million items ranges from ancient Sumerian cuneiform tablets and intricately carved Hellenistic stone sarcophagi to the serpent’s head of the serpentine column of the hippodrome and a piece of the massive chain that kept ships enemies to enter the Golden Horn.

Topkapı Palace, the grand former home of the Ottoman sultans which is full of vibrantly colored tiles, sparkling marble and gilded mirrors, has been designated a museum in its entirety. But as a set of sumptuously decorated nested boxes, it also contains an array of stunning collections. In the Treasury you will find jewel encrusted daggers, an 86 carat diamond and a mother of pearl encrusted throne. In the ancient kitchens of the palace, there is an array of fine Chinese porcelain. The Outer Treasury has enough blades, guns, and armor – spanning hundreds of years of weapon design – to outfit an army.

Get more travel inspiration, tips and exclusive offers straight to your inbox with our weekly newsletter.

Masterful examples of calligraphy, carpets, ceramics, sculpted columns, illuminated manuscripts and inlaid wood fill the rooms of this magnificent 16th-century palace, formerly the home of the high Ottoman official İbrahim Paşa. With well-selected collections exhibited from the 8th to 19th centuries, the Museum of Turkish and Islamic Arts is a good place to see how a variety of Islamic art forms developed across the wider Middle East.

Just steps from the hustle and bustle of Istiklal Caddesi, you will find a serene and verdant Istanbul – in the city scenes that belong to the rich collection of paintings in the Pera Museum from the 17th to the early 20th century. This permanent exhibition of works by European and Ottoman / Turkish artists is accompanied by smaller but well-organized exhibits of Kütahya tiles and ceramics and Anatolian weights and measures, as well as temporary exhibitions of contemporary art.

Best museum to imagine the Byzantine past

Much of Istanbul’s Sultanahmet district sits atop the ruins of the vast Byzantine palace erected by Constantine the Great. Clues to its ancient magnificence can be best seen in the Grand Palace’s Mosaic Museum, built above a 250-square-meter (2,690-square-foot) mosaic depicting hunting and mythological scenes. As impressive as the mosaic is, what is even more astonishing is that it is believed to represent less than a tenth of the entire decorative floor piece that once existed in the palace.

An impressive collection of Anatolian rugs dating from the 14th to the 20th century and representing different techniques, styles and uses hangs on the walls of the Carpet Museum, housed in a former soup kitchen next to the Aya Sofya. Their craftsmanship is made even more convincing by the panels decoding the meaning of the different patterns woven into the rugs.

Step out of the past and immerse yourself in the present at Istanbul Modern, the country’s leading museum of modern and contemporary art and a prime place to learn about the works of established artists and emerging talents from Turkey. Currently housed in a historic building near İstiklal Caddesi, the museum is expected to move into its new building designed by Renzo Piano in Tophane in late 2021 or early 2022.

Planes, trains and automobiles are just a fraction of what you’ll find in this expansive museum on the shores of the Golden Horn devoted to transportation, industry and communications. The extremely eclectic collection includes elaborate dollhouses, classic cars, bottled boats, hats belonging to former Turkish rulers, and scale models of Istanbul’s historic ferry terminals. Most of the exhibits at the Rahmi M Koç Museum are interactive, making it a great place to bring the kids.

This dervish lodge in the Galata district serves as a museum of the traditions of the Mevlevi, a Sufi religious order founded by followers of the poet and mystic Celaleddin Rumi. Exhibits at the Galata Mevlevi House Museum include exhibits on Sufism, arts practiced in the lodge such as glassblowing and bookbinding, daily life in the lodge, musical instruments played by dervishes, and examples calligraphy, ebru (marbled paper) and other classical arts. Mevlevi ceremonies, including the whirlwind dance for which the order is best known, still occasionally take place in the wooden octagonal hall in the center of the museum complex.

Is it a museum or something that belongs to it? This is one of the questions you might ask yourself as you walk through the Museum of Innocence, a house in Çukurcuma neighborhood that serves as a sort of companion piece to the author’s novel of the same name. of Nobel Prize winner Orhan Pamuk. Even if you haven’t read the book, the items on display – allegedly collected by Pamuk himself from antique and second-hand shops – paint a fascinating picture of life in Istanbul from the mid to late 20th century.

Is it worth getting the MuseumPass Istanbul?

The MuseumPass Istanbul, sold by the Turkish Ministry of Culture and Tourism, offers combined admission to 13 museums over a five-day period for 360TL ($ 26). But it’s wise to check this list of institutions – and do the math – before you buy, as many popular museums aren’t covered.

If you are planning to visit Topkapi Palace and its harem, as well as a few other more expensive Istanbul sites such as the Galata Tower, purchasing the pass may be worth it. Another advantage is being able to skip the queues, which can be long at major attractions in high season. Purchase the MuseumPass online or at the ticket office of any of the included museums.

6 of the best UK experiences to give away this Christmas