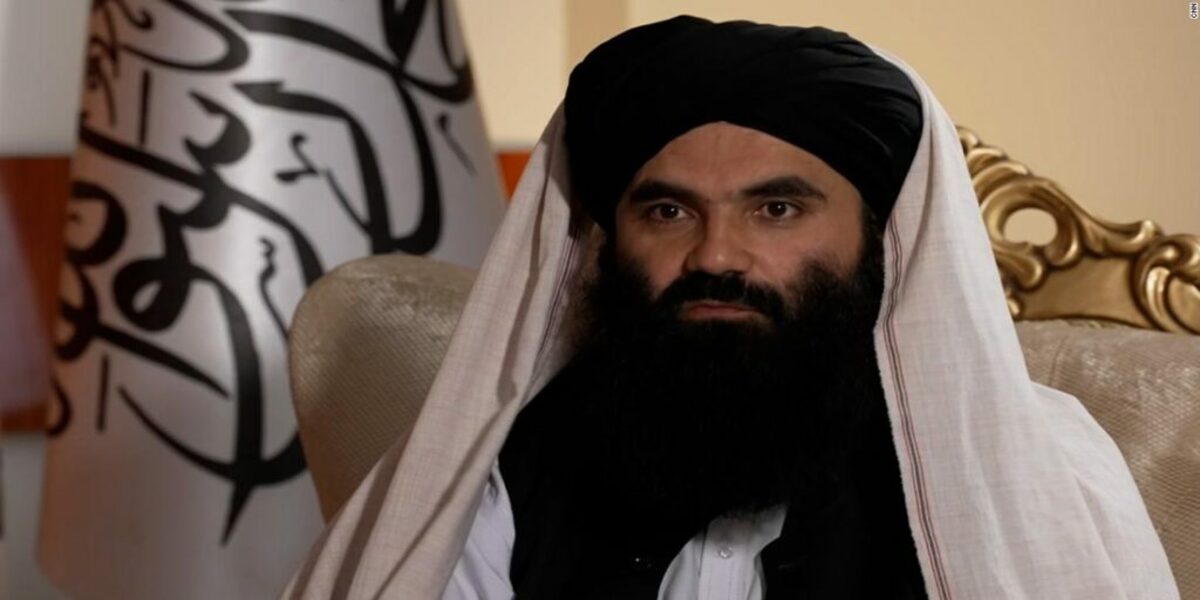 At a press conference, the Interior Ministry, overseen by Taliban leaders, revealed that a new uniform for the police had been prepared.
Significant differences were the color, which was now dark green instead of gray-blue, and the replacement of the tricolor republican flag of Afghanistan with the flag of the Islamic emirate of the Taliban on the new uniforms worn by some officers during the briefing.

The Taliban rejects the traditional republican flag, which was flown by Western-backed governments after foreign forces toppled the Taliban regime in 2001.

Amir Khan Muttaqi, the Taliban’s foreign minister, described the visit of a…

When the Taliban ruled from 1996 to 2001, they used the flag of the Islamic emirate, which is white with black Arabic calligraphy reflecting the main tenet of Islam.

Mawlawi Noor Jalal Jalali, acting deputy interior minister, said a police force with new uniforms had been a key objective since taking office, but he did not specify how big it would be.

Abdul Nafi Takor, spokesman for the interior ministry, said 20,000 uniforms had been created under contract with a local company and another 100,000 would be produced in the coming weeks.

The new uniformed police force will initially be deployed in Kabul and Kandahar provinces.

The Taliban are trying to stop being an insurgent force, but they have employed their feared and relatively untrained fighters to restore law and order after the old police force was disbanded following the fall of the government.

According to Takor, the new force retained personnel but mostly inducted Taliban members.

India has no diplomatic relations with Afghanistan, and its embassy in Kabul…

Tech Review: Remarkable 2 mimics writing on paper. Is it better than an iPad for taking notes? |