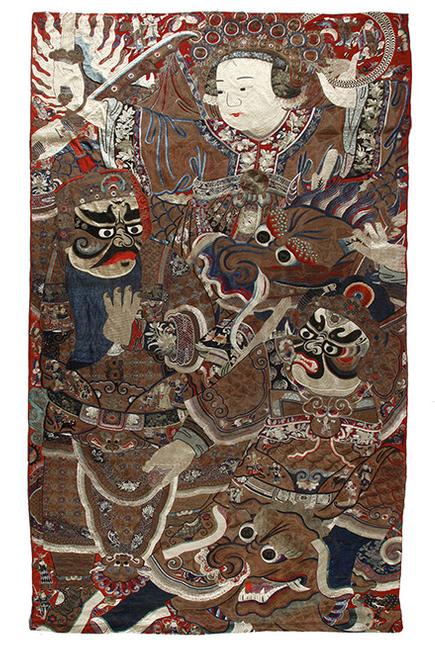 The Harn Museum of Art at the University of Florida explores the intersecting roles of women in the arts of premodern, modern, and contemporary China in a new exhibit titled She/Her/Hers: Women in the Arts of China. Over 50 works of painting, calligraphy, embroidery, photography, ceramics, bronze, jade, lacquer and silver, spanning the 7th century to the present day, will feature works by women, women as pictorial subjects and women as art consumers . The exhibition will be visible from March 1, 2022 to March 24, 2024.

“Over time, women in China have engaged with the art world in diverse and inspiring ways,” said Dr. Tongyun Yin, Cofrin Curator of Asian Art. “However, for centuries in Chinese visual arts, women have often been depicted either as objects of desire for the male gaze or as exemplary models of female virtues such as subordination, obedience and chastity. Their creative work, while not entirely relegated to obscurity in the mainstream art historical narrative, was decried as inferior to that of their male contemporaries.

The purpose of the exhibition is twofold, first to forge nuanced narratives about the neglected area of ​​women’s engagement with art in China; and second, to create a platform to continue and deepen the conversation about women and the arts by recognizing the role of different cultures and time periods in shaping women’s contributions to art. An interactive activity within the exhibition invites visitors to share what they feel, think and hope to create a dynamic space to raise questions, challenge perspectives and foster discussion. Over the two years of the exhibition, multiple six-month rotations will ensure that visitors encounter new voices and perspectives with each return visit.

“This is the first exhibition since 2007 to showcase both the breadth and depth of Harn’s Chinese art collection with many works rarely seen before,” said Dr. Lee Anne Chesterfield, Director of the Hart Museum. “She/Her/Hers: Women in the Arts of China will reveal the intellectual and artistic presence of women in the arts, give them the long-awaited recognition they deserve, and celebrate their achievements now and in the future.

She/Her/Hers: Women in the Arts of China is the first exhibition curated by Dr. Yin since he was appointed Cofrin Curator of Asian Art on March 1, 2021. Instead of a broad survey of women and the arts throughout Chinese history, Dr. Yin approaches this vast theme from four angles. “Representing femininity” reveals female identities in Chinese social, religious and cultural discourses. “Anonymous Beauties” shows how traditional depictions of women in Chinese art were mainly based on stereotypes widely accepted by society in general and male painters in particular. “Female Agency” explores women’s artistic practices such as painting, calligraphy and the first female art: embroidery. “Beyond Boudoir” focuses on the tremendous social and political transformation of the 20th century awakening female consciousness and opening up new territories for Chinese women and their artistic pursuits.

The exhibition will feature in-person public programs offering visitors the opportunity to engage in conversation about the works on display. These opportunities will include a curator’s lecture by Dr. Yin, workshops for educators, museum tours and evenings, the first of which, titled “Year of the Tigress,” will take place on April 14 from 6-9 p.m. All programs are free and open to the public. To learn more about future programs, visit www.harn.ufl.edu/womenintheartsofchina.

How to Draw on the iPad: Your Guide to Getting Started