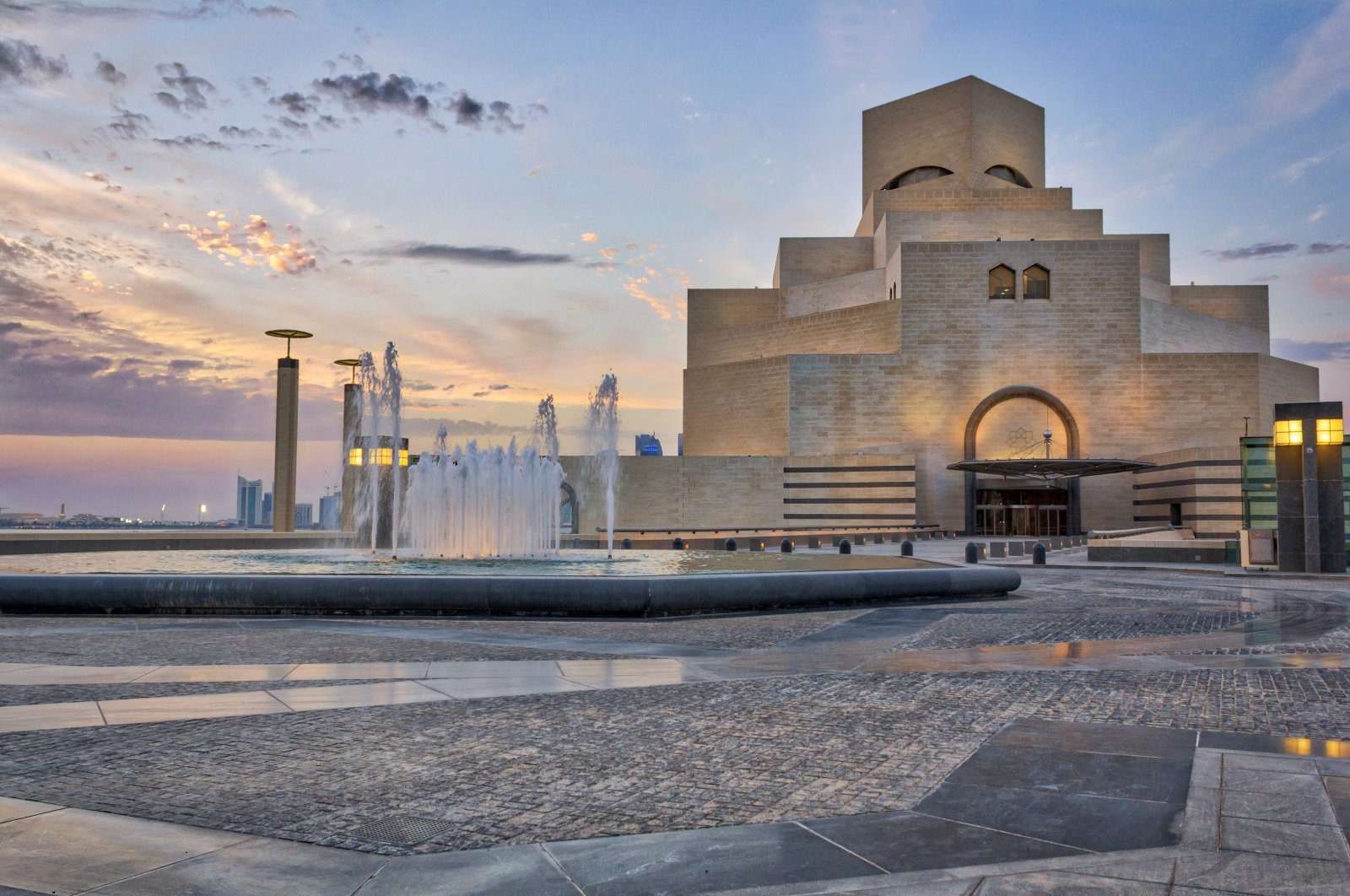 Stunning architectural designs lend Qatar a charming glory and magnificence. One will surely be fascinated by how the new artistic and architectural themes have been so perfectly integrated with the old ones in the structures of the country. Among these structures, the country’s museums stand out for their attractive appearances.

The imposing Museum of Islamic Art (MIA) in the capital Doha, considered one of the best in the world, offers a unique sight to passers-by with its remarkable exterior walls, inviting people to explore its intimate and rich atmosphere.

Upon entering the museum, I burst with emotions, and a fascination of hope and admiration collided within me as I witnessed the earthly manifestation of the legacy of Islamic art. The museum’s collection, including paintings, sculptures, tapestries, calligraphy, metalwork, ceramics, jewelry, woodwork, textiles and scientific instruments from the Islamic world, is impressive. The five floors of the museum house a collection of Islamic art dating from the 7th to the 19th century. Each exhibition is specially curated to help visitors better understand Islamic culture.

Inspired by the mosque

The MIA, which has become an iconic feature of the Doha landscape, stands alone at the end of reclaimed land from the Corniche. Designed by famous Chinese-American architect Ieoh Ming Pei, winner of the Pritzker Prize, known for creating the glass and steel pyramid of the Louvre in Paris, the museum was strongly influenced by ancient Islamic architecture, in particular the Ibn Tulun Mosque in Cairo.

Persuaded to come out of retirement for the project, Pei did not like any of the sites offered to him to build the museum. Eventually, he chose to build his marvel on an isolated island in the Corniche. The MIA mixes elements of traditional and more contemporary Islamic architecture. Like the exterior, the interior also offers a look at Islamic art with many geometric patterns. These patterns create a feeling as if they repeat endlessly, which refers to the infinite Allah.

sculpture in the park

The MIA also offers a beautiful adjacent park, which is the perfect place for visitors to walk around and take part in activities or simply gaze at the Doha skyline from the best vantage point in the city. It is one of the best green fields in Doha and also presents its visitors with a great sculpture. “7” by American artist Richard Serra is a nearly 80-foot (24-meter) work of art and comprises seven steel plates.

The tallest work of art ever created by Serra is also the tallest public art installation in Qatar. According to the museum’s official website, the work “celebrates the spiritual and scientific significance of the number seven in Islamic culture.” Serra reflects on his sculpture: “I’ve been making towers for 30 years and I’ve made several. But I’ve never done a tower like this.

Another iconic masterpiece in Doha is the National Museum of Qatar (NMoQ), which reveals the country’s rich heritage and culture. The museum, which was created to provide a vibrant and immersive space dedicated to Qatar’s past, present and future, is designed by architect Jean Nouvel. The stunningly beautiful building was created to evoke the shape of the desert rose, found in Qatar. So what awaits visitors inside this masterful mega-museum?

Visitors to the National Museum of Qatar actually appreciate the results of the meticulous behind-the-scenes efforts of local and international specialists to conserve and restore significant objects and artifacts that embody Qatar’s unique heritage. The NMoQ collection includes an impressive array of archaeological and heritage objects, manuscripts, documents, photographs, jewelry and costumes that illustrate Qatar’s past, present and future. Contextualized in the museum’s immersive galleries, the objects help tell the nation’s radical story in three distinct chapters: beginnings, life in Qatar, and nation-building.

Once inside, visitors can experience many interactive exhibits that explain Qatar’s history from prehistoric times to the present day. Numerous films are shown throughout the museum to add perspective to the history of Qatar and its people. The 560,000 square foot museum houses 11 galleries that tell the story of Qatar. The timeline, which takes nine-tenths of a mile to unfold, highlights the region’s geological formation, natural habitats, Bedouin culture, and early coastal settlements and their pearl trade. It also goes through the unification of Qatar under the Al Thani family and the discoveries of oil and natural gas in the 20th century that propelled its modern economy and one of the highest per capita incomes in the world.

Keep up to date with what is happening in Turkey, in its region and in the world.