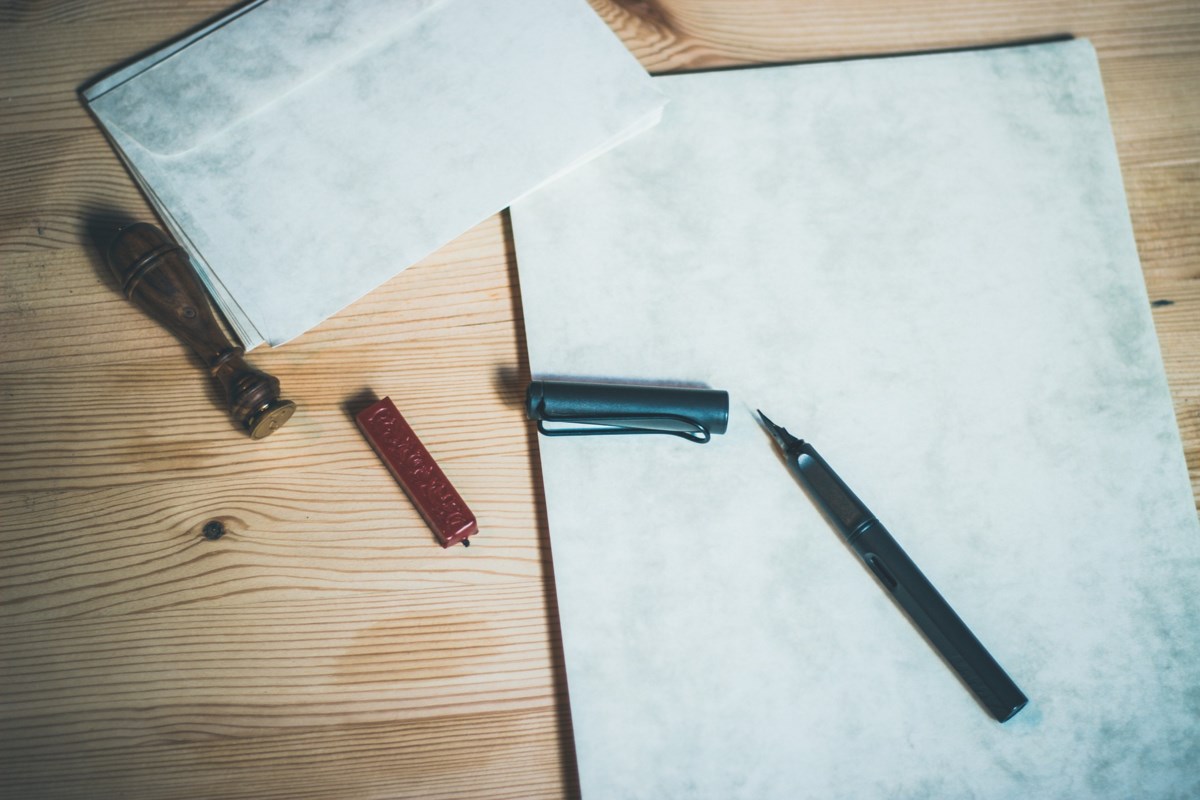 Peace of Mind: Lamenting the Decline of the Handwritten Letter

Many people reading this will never have felt the joy of receiving a handwritten letter.

Few children today have received a letter in the mail, even if it is often ignored, without interest because they prefer messages on their telephone.

Very different from my childhood where I was expected to send thank you letters and notes for any kindness expressed or gifts received. It was compulsory.

For more than 50 years of my life, the handwritten letter has been an important source of communication. My passion for a letter sent by post was sparked by my grandmother. At the age of 11, when she was away from home and attending boarding school, every week without fail for six years, she wrote to me. The pleasure of seeing a personally addressed envelope in familiar handwriting and stationery so recently touched directly from her hand to mine was like an embrace sent from writer to reader, a very personal connection.

My grandmother’s weekly missives carried news of her little village life; hymns sung in church, sandwiches made for funerals, roles she played in her community drama club, flowers and vegetables that bloomed in her garden. She told stories of the doctor and the family, the gardener and other family members working in the large stately home where she was the head housekeeper.

No matter where I traveled in the world, her letters came until in the mid-90s she lost her sight. I still have many of those precious family letters from her, others from my parents, cousins ​​and friends all over the world. They were filled with more detailed information than any email or text today. Although more efficient and much faster, emails, messages and the text format will never have the longevity and sense of history of the handwritten letter.

Letters were part of the fabric of life.

Phidon Pens, a one-of-a-kind innovative store on Dickson Street, has done much over the years to revive tradition. Mano and Baldeep Duggal’s small downtown store offers a wide selection of writing instruments, ranging from a conveniently priced $5 pen to an extravagant $3,500 gold pen. They also offer a wonderful selection of note papers, journals, and colored inks.

Over the years, they have introduced calligraphy workshops, journaling ideas, and other handwriting-related courses. They respect and understand the history of the handwritten letter, which throughout history have been important and valuable documents. Many are now on display in museums around the world. Letters home from war correspondents, members of royal families. Letters from pioneers and pilgrims arriving in new lands.

Today’s missives will never become chronicles of history linking future generations to those of the past. Phidon Pens has just launched a contest of handwritten letters by children.

The fountain pen is now more popular than ever, and it seems to be gaining new appreciation among younger generations.

“I see a resurgence of an age group around 19 to 35, young students, young professionals coming into the store in awe of what we have here,” Mano said. “Our clients, from students and workers to doctors and judges, come from all walks of life, but they all have something in common.”

In the age of e-mail and instant communication, its customers want something slower, more personal, much like the ink flowing through its nib, the fountain pen offers.

“There’s a great pleasure that they don’t get from just a computer,” Duggal said.

The fountain pen was invented by a Romanian, Petrache Poenaru, while he was a student in Paris. He invented the world’s first fountain pen, for which the French government issued a patent on May 25, 1827. The first practical fountain pen was invented in 1884 by Lewis Waterman. Although pens with self-contained ink reservoirs had been around for over 100 years before its invention, they suffered from ink leaks and other problems. Mass production followed and they reigned supreme until the mass production of the ballpoint pen in the early sixties.

The post is no longer inundated with cards and personal letters, other forms of communication having replaced letters. Several times a year I send handwritten letters to my family and close friends, written in purple ink in my Lamy fountain pen purchased from Phidon Pens over a decade ago.

I love using this pen and although the writing has deteriorated with age, it gives me great pleasure and satisfaction to send it, as I hope to the recipient. I mourn the loss of the handwritten letter and commend Phidon Pens for their work in reviving it.