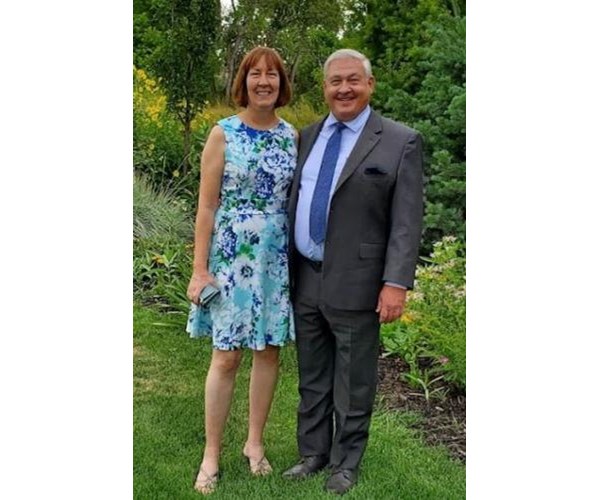 By Shirley K. Burnside Last updated Sep 24, 2021
Share
Christopher Edward Tomko died on September 18, 2021 in Arvada, Colorado. He was born on May 22, 1957 at Mercy Hospital in Durango, Colorado.
Chris is survived by his wife of 40 years, Diana Tomko (née Goral), his daughter, Sarah Tomko of Denver, his mother, Marjorie Tomko of Denver, his brothers, Thomas Tomko, Jr. (Denver) and Greg Tomko (Iowa) ), his in-laws, Brian and Verna Goral of Golden, Colorado, and many uncles, cousins, nieces, nephews and other in-laws who will all be dearly missed.
Chris has had many passionate interests throughout his life. His love of music and the tuba brought him to the University of Northern Colorado, where he met his future wife, Diana. Thinking he might want to be an orchestral tuba player, he moved to Chicago and studied with world-famous Chicago Symphony tuba player Arnold Jacobs. Chris embarked on another artistic endeavor and became passionate about large format black and white photography. He processed his own photographs using the techniques of artists like Ansel Adams and Edward Weston.
Returning to Denver in the early 1980s, Chris worked for many years with his father’s court reporting company. He gained expertise in telemetry and worked for AT&T for a short time. He became a driver for his cousin Mark Tomko’s landscaping department, which eventually led to a commercial driver’s license and 18-wheeler driving on the road for Swift Transportation. After six years of often painful experiences in blizzards along the I-80 or the Donner Pass, Chris worked at Swift’s Denver office to help other drivers.
Chris loved his family deeply and loved to entertain and teach his daughter, Sarah, and her cousins, Geoffrey, Matthew, Madeline, Eric, Krista, Ted, David, Priscilla and Christian. He spent many happy hours growing roses, working with wood, studying Latin and French, developing his style of calligraphy (nibs and ink are vitally important!) And reading books. stacks of library books on all subjects. In his youth, he was an avid swimmer, cyclist (which earned him the nickname “Crash Tomko”), and he and Diana went on numerous cross-country skiing trips. He started yoga in his later years, in part to help alleviate the damage from the “Crash Tomko” years. He loved all of his dogs throughout his life.
Chris as a son, husband, father, brother, cousin and uncle was an integral part of our families and will be dearly missed. He will also be missed by his many friends and neighbors.
A memorial service will be held on Saturday, September 25 at 3 p.m.
Church of the Alliance Arvada
5555 Ward Rd, Arvada, CO 80002
Please bring a mask to wear during domestic service. We follow Jefferson County health policies. The reception will take place inside / outside the church.
If you have any photos of Chris that you would be willing to share, please email them to [email protected]
If you want to send a card:
Diana tomko
6412 Iris Court
Arvada, CO 80004

Rockford calendar: find out what’s happening in the area this weekend