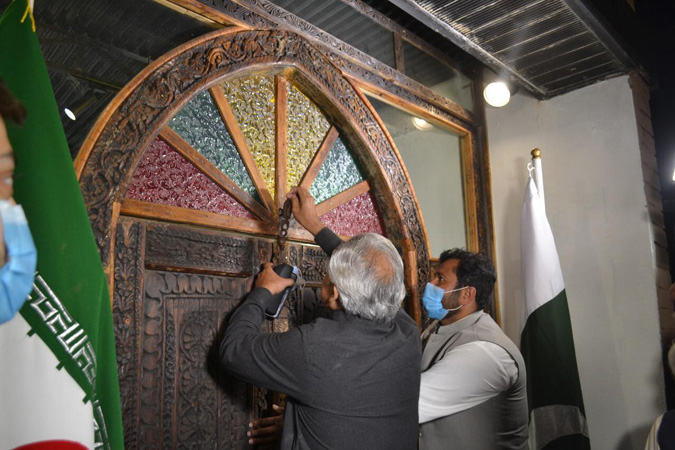 The National Institute of Popular and Traditional Heritage (NIFTH) and the Embassy of the Cultural Consulate of the Islamic Republic of Iran jointly organized a “Mehfil” exhibition at the NIFTH Gallery Lok-Virsa, Islamabad, October 20-24 . The opening event included a Mehfil-e-Naat and a Qirat by internationally renowned Iranian Qari Agha Karim Mansouri, followed by the exhibition of Islamic calligraphy and relics. The exhibition was opened by the former Minister of Health, Dr Zafar Mirza. NIFTH Executive Director Talha Ali Kushvaha, along with NIFTH Program Consultant Mehdi Kazmi recently called on Iranian Cultural Advisor Ehsan Khazaei to discuss holding this exhibition as well as other plans, including a collaboration potential between the Iranian National Museum and the NIFTH Museum, with the participation of the Ministry of Foreign Affairs. It was also discussed that Iran and Pakistan should collaborate as a whole as culture is a powerful tool through which the two nations can not only better understand each other but also compete on the world stage and tackle wars. current media and culture by being strongly rooted in our own cultures and coming together to meet international challenges.