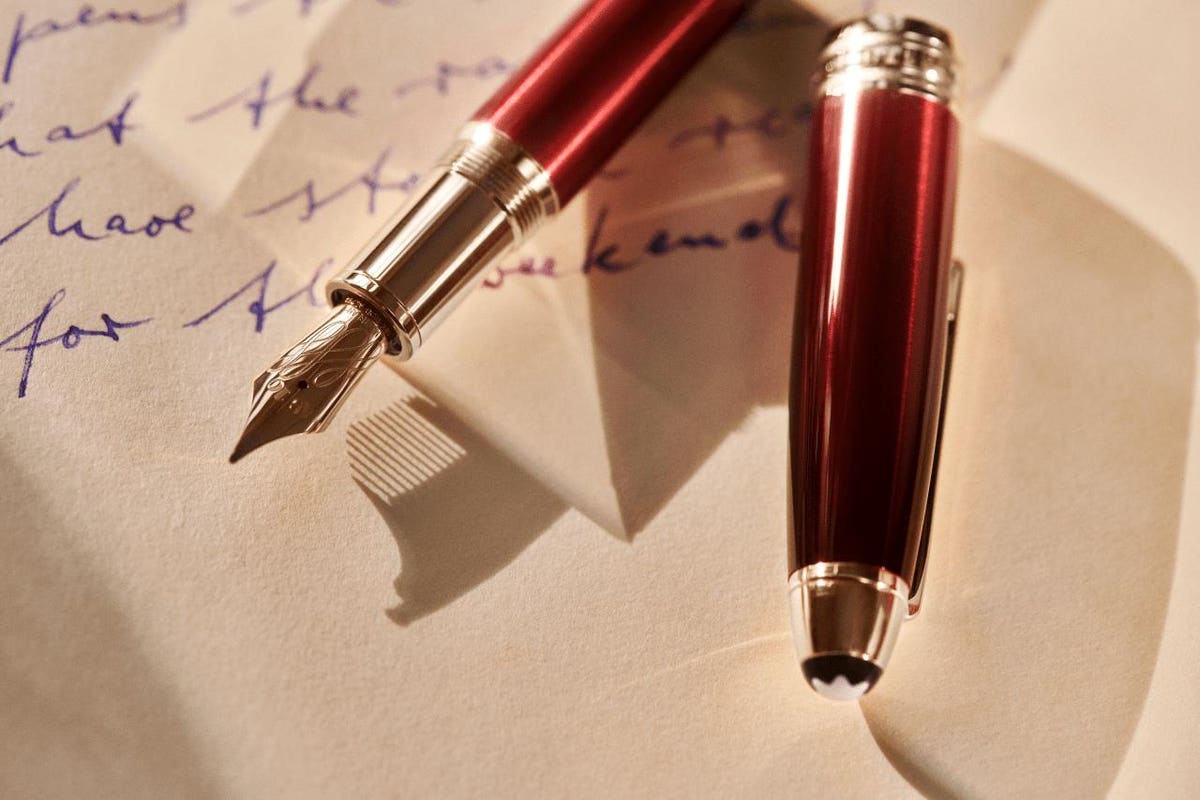 Calligraphy is becoming more popular day by day, it seems, with professional lettering artists and novice calligraphers showing off their skills whenever possible. And younger kids, like young adults and teens, are joining the trend as they discover calligraphy nibs and colorful inks to exercise their creativity.

But this seemingly new art form actually has its roots in the distant past. Brush calligraphy dates back to ancient China and the Shang dynasty, eventually moving throughout Asia and ancient Greece. In fact, the word itself comes from the Greek: “beauty” (kallos) and “to write” (graphein).

Adding luxury to the theme, Montblanc, which has championed the word handwritten since its inception in 1906, presents the Meisterstück Calligraphy Solitaire Burgundy, part in response and part in encouragement from, beautiful writing.

Many agree that this increase in interest in calligraphy may be due to the fact that we have more time to indulge in such interests, which may have been on the back burner for years. And interesting – to me, at least – is the simultaneous rise of fascination with journals, which obviously serve as the canvas for all this whimsical writing.

Chris Sullivan, President of Fahrney’s Think Washington, DC, says, “We’ve seen a lot more journals go out the door [this year].” And it seems to me that many brands are responding to the growing demand, offering high-quality examples in a variety of price ranges, styles, and cover options.

Montblanc Meisterstück Grand Master Calligraphy Collection focuses on more flexible nibs that allow for expressive calligraphic writing governed by the amount of pressure exerted on the nib. In this way, a variation in the width and character of the lines is achieved, often with astonishing results.

These nibs are inspired by Montblanc pens from the 1950s and are hand-sculpted in 18-karat gold by master craftsmen who participate in the 35 steps necessary to manufacture them. The flexible nib is engraved with the calligraphy symbol “888”.

From now on, the flexible tip makes its debut on this Meisterstück Calligraphie Solitaire Laque de Bourgogne model. And in a dramatic nod to the tradition of calligraphy in Japanese art and culture, the writing instrument is dressed in red, one of the most symbolic colors in Japanese culture.

Combining heritage and contemporary styling, the body of the pen features a modern ombre decor, achieved by using a new gradient lacquer technique applied to brushed metal. The translucent burgundy lacquer is complemented by champagne gold fittings and a flexible nib coated in 18k champagne gold.

The Meisterstück Calligraphy Solitaire Burgundy Lacquer is also available as a fountain pen with a standard tip, as well as a rollerball pen.

Last year, Montblanc launched the Meisterstück Maki-e Calligraphy Tribute to Kyoto Fine Craftsmanship Limited Edition 88 with urushi lacquer and maki-e at its best. Its design highlights the traditional Maiko, an apprentice geisha in Kyoto, dressed in a colorful kimono.

Montblanc has also developed a curved tip for this model, with a tip that features a 45° angle, allowing lines of different thicknesses to be created at different angles: from thin vertical lines to broad horizontal strokes.