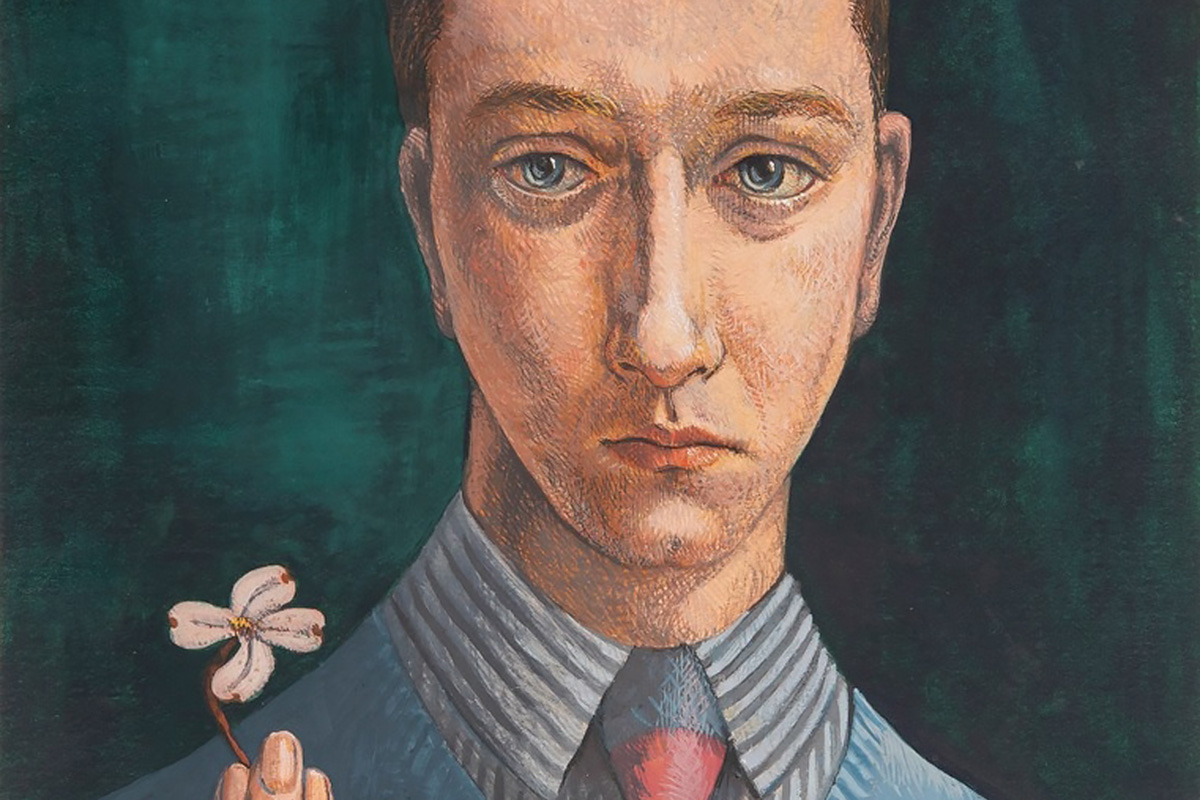 Mississippi toasts the art of Andrew Bucci on his centennial

Mississippi Artist Andre BucciThe artist’s captivating and colorful contemporary art and his place in the state’s creative treasure chest and cultural history are at the center of Mississippi art events celebrating the centennial of his birth.

Influential and beloved Mississippi painter Mary Hull tied Bucci early as one to watch. With words that noted the influence of Matisse, but a style all his own, Bucci cultivated an artistic curiosity and zeal throughout his life. Hull predicted that his former pupil would become “among the best”, and after Bucci finished his studies at the School of the Art Institute of Chicago, Hull was the one learning from him.

Beyond the obvious appeal of Bucci’s cheerful, often bright and colorful art, “What we hope to achieve with this year is to show the depth of his practice and range – how phenomenal and meticulous,” art consultant Elizabeth Abston, who advises on centennial plans, says.

“At first glance, it looks quick, easy and attractive. But, when you scratch the surface, you see the depth of his practice…and all that he was able to accomplish over so many years,” adds Abston.

Bucci was born in Vicksburg on January 12, 1922. The day that would have been his 100th birthday, January 12 of this year, marks the first goal of a year-long celebration of the late artist’s life and the works he Mississippians can expect to see. hosted in the state, coordinated and supported by the Andrew Bucci Estate.

Margaret Bucci, the artist’s niece and executor of his estate, and curator Beth Batton lead a The story is lunch program at noon on January 12 in the auditorium of the Mississippi Museum of History and the Mississippi Civil Rights Museum. Organizers will then post a video of the live stream to the Mississippi Department of Archives and History YouTube page. Additionally, State Sen. Brigg Hopson of Vicksburg will announce Jan. 12 as Andrew Bucci Day, under the Mississippi Senate designation.

After the program, visit a small exhibition in the neighbor’s hall winter building presents the first of several exhibitions scheduled for this year at Mississippi museums and regional art galleries.

“Emerging Grace: Andrew Bucci’s Early Works” at the Winter Building shares sketches from his early years, including a landscape from his time studying with Hull, as well as works by students from his time at the School of Art Institute of Chicago.

Various styles appear in his sketchbooks and curator Batton has focused on imagery offering insight into the development of his artistic vocabulary. “That language which is very graceful, and which you see in later works in these loose brushstrokes and abstract works, with background images that look like falling leaves, and loose, graceful figures (recalls ) Chinese calligraphy,” says Batton.

“There’s a beautiful landscape of Vicksburg that he did in the Sung dynasty style, and there’s a description near the work that will be displayed from his notes,” Batton adds. “It speaks of the character of the subject depicted, as well as its appearance.”

“It will be more of an intimate look at some of his early student work, none of which has ever been seen before by the public,” says Margaret Bucci.

In addition to earning a degree in architectural engineering from Louisiana State University, Bucci took life drawing classes at Julian Academy in Paris while stationed nearby after World War II. He also received his BFA and MFA from the School of the Art Institute of Chicago, and studied fashion illustration at Parsons School of Design At New York.

“Much of his early work shows his early interest in figure drawing and figure painting. These sketchbooks are full of people,” says Margaret Bucci. “He loved drawing the human figure, and he loved fashion. and the theatrics, and that kind of drama he could add to his art.”

The theme surfaced as early as the 1930s, in high school drawings. “He kept many of these drawings, and they are figures of theater and fashion”, describes Margaret Bucci. “You could tell that when he went to art school, his sophistication with color started to come into focus,” as did his interest in abstraction, she notes.

Additional material touches on Bucci’s military service in World War II, his training as a meteorologist, his studies at art school on the GI Bill under Hull’s encouragement and more.

The “Emerging Grace” artifacts are part of the Andrew Bucci Collection, which the Andrew Bucci Estate donated to the Mississippi Department of Archives and History in January 2021. The treasure trove of materials – 87 boxes in all – is rich in biography and historical context as well as art, including Bucci’s detailed personal scrapbooks from the 1940s to the 2000s and nearly 100 sketchbooks from ‘works of art.

“We have no other collection that contains so many art lessons and prolific sketches,” says MDAH archivist Laura Heller when cataloging the collection.

“He painted there, he drew there, he resisted the wax. … He did everything in his sketchbooks,” says Margaret Bucci. “They are filled with all kinds of delicacies.

“His business belonged to Mississippi,” where he got his start and gained his biggest fan base, she says. Much of the artwork dates from a formative period in his career.

“I just felt like the public needed access to it, for academic purposes, for research purposes. All of this work is kind of a treasure chest for anyone not only interested in studying of Andrew, but if you get to know Andrew’s story, you’ll also learn the story of many other Mississippi artists.

Tributes across the state

“Andrew Bucci: Fashion Forward,” which will be open from August 26 to October 31 at Lauren Rogers Art Museum in Laurel, Miss., will explore her clothed figure art. The exhibition will feature sketches made at the Académie Julian when Bucci was stationed near Paris as a military meteorologist, as well as class projects and notebooks from his fashion illustration classes as Parsons in 1951 and character designs from the 1960s.

“We think this is the first time her work on fashion has really taken center stage,” says Kristen Zohn, curator of collections and exhibitions at the Lauren Rogers Museum of Art.

A show at Walter Anderson Museum of Art in Ocean Springs, Miss., will be held from October 2022 to March 2023 and will focus on Bucci’s use of color and landscape abstraction.

“We’re going to connect him and Walter Anderson and their appreciation of the Southern landscape,” said Mattie Codling, director of collections and exhibitions at the museum.

A Vicksburg Arts Association The exhibition scheduled for September will feature cityscapes of places in which Bucci lived and studied, including Vicksburg, New York, Washington, DC and Chicago.

Shopping malls such as Brown’s fine art in Jackson, Cole Pratt Gallery in New Orleans and Blue Print Gallery in Dallas also plan to mark the artist’s centennial in some way this year, with details to be announced in the near future.

These centenary tributes aim to showcase the range of an artist who began creating in the mid to late 1930s and continued into the 2000s, learning something new with each decade – always evolving, always evolving. creating.

“He is truly one of the most important Mississippi artists of the 20th century,” says Abston.

The January 12 History Is Lunch program is free and open to the public; it will also be broadcast live on the Mississippi Department of Archives and History Facebook page, and published on the department YouTube channel. The “Emerging Grace” exhibit runs through March 12 at the Winter Building and is open to the public Mondays from 9 a.m. to 5 p.m.; Tuesday to Friday from 8 a.m. to 5 p.m.; and Saturday from 8 a.m. to 1 p.m.