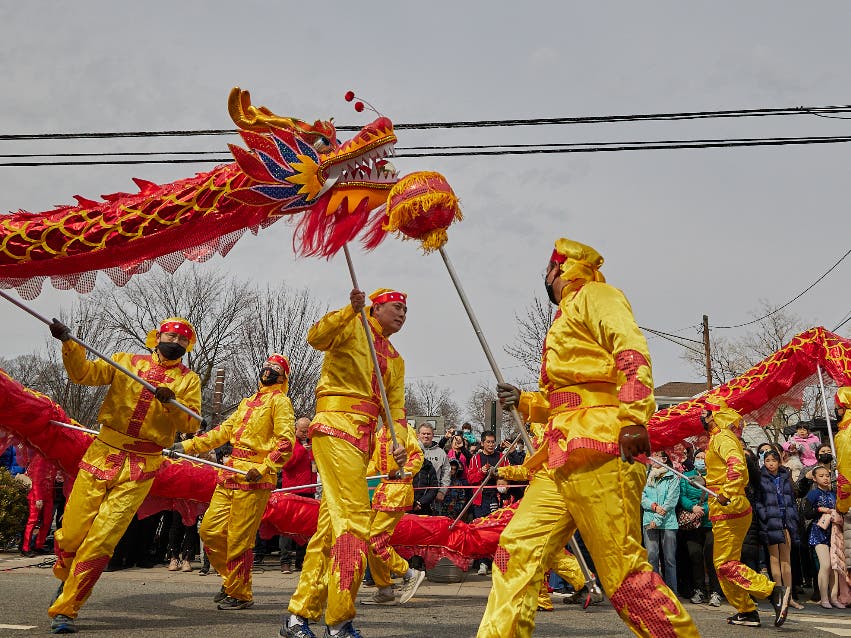 MILLBURN, NJ – About 1,800 people from North Jersey and New York came to Millburn last Saturday to celebrate the Lunar New Year Festival, a premier local event to celebrate the Year of the Tiger, hosted by the Millburn Short Hills Chinese Association and Millburn Institute of Talent.

The organizers explained: “The year of the Tiger represents courage and bravery and is the zodiac sign of people born in the lunar calendar of 2022 and every 12 years in the future. Lunar New Year is usually celebrated by countries in East and Southeast Asia. However, the celebration at Millburn was widely attended by people of all ethnicities and races.”

They added, “It was great to see so many different cultures embracing Lunar New Year and showing their excitement to learn more about Asian culture.”

One of the most anticipated segments of the day was the Dragon Dance, traditionally performed to cast out evil spirits and bring good fortune and blessings to the community.

The event organizers have been working since December to set up the event for the first time. It was originally scheduled for January 30, a day just before the Lunar New Year, and was pushed back to March 5 due to the COVID surge.