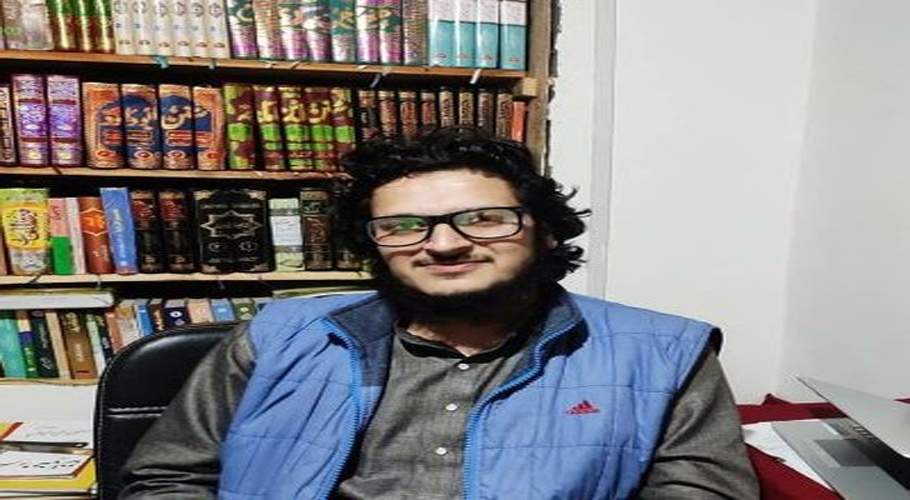 Mustafa-Ibn-Jameel, a 27-year-old Kashmiri calligrapher broke the world record by writing the Quran on a 500-meter scroll. It took him seven months to create the historic script, using special calligraphy pens and 85gsm paper which Jameel says was brought from Delhi.

The amazing feat of Mustafa-Ibn-Jameel put his name in the book of world records. The rare achievement made it into the Lincoln Book of Records, an organization associated with identifying and promoting talented people on international platforms.

Kashmiri calligrapher Mustafa Ibni Jameel broke the world record by writing the Quran on a 500 meter scroll. It took him seven months to create the historic script, using special calligraphy pens and 85gsm paper which Jameel says was brought from Delhi. pic.twitter.com/9bCZ3xbuhC

Speaking to Rising Kashmir, Mustafa said he started the calligraphy work after he couldn’t qualify the inscription as he was weak in math and was always jeered at by relatives and other villagers. that made him do something unique.

Hailing from Gurez Valley in the Bandipora district of North Kashmir, Mustafa wrote the Holy Quran in calligraphy on parchment paper, which he said has always been a sincere desire for him.

On its official website, the Lincoln Book of Records mentions: “Mustafa Ibni Jameel, son of Jameel Ahmad Lone set a new record by writing the Holy Quran on a 500 meter roll of white paper”.

The paper is 14.5 inches wide and 500 yards long. This record attempt took place in New Delhi.

He said that initially he started calligraphy work only to improve his handwriting. He started with a chapter of the Quran and found joy doing it, after which he decided to complete the calligraphy of the entire Quran.

He further stated that the first project he undertook was completed in 11 months without the help of any professional trainer. “This handwritten Quran consists of 450 pages,” he said.