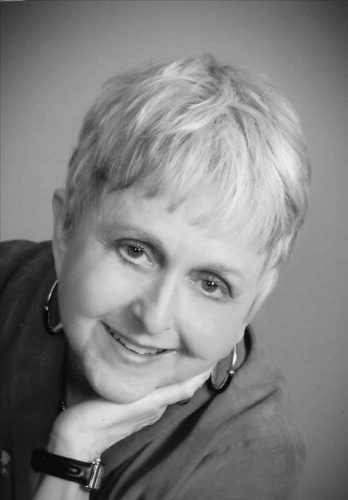 She always thought the parades were for her birthday. Joey was kind, gentle, generous, loving, intelligent, pretty; but above all, a daughter, a sister and a faithful friend.

Joey graduated 55 years ago from Wellsburg High School with the Class of 1966. She graduated from Roberts Wesleyan College in 1971; graduated from Brockport State University, New York in 1976; and later, she received her training in clinical pastoral care at Fairview General Hospital in Cleveland, Ohio. Over the years she has worked at Roberts Wesleyan College, Dean of Women at Malone College, Ohio Mentor, Edwin Shaw, and her most loyal service as a chaplain at Akron General Medical Center / Cleveland Clinic, retiring in 2018. Joey was passionate about blood and a plasma donor. She was also known for her talented and magnificent style of calligraphy. Her faith was of the utmost importance to her and was a member of the Holy Cross Lutheran Church and was active in many other spiritual programs.

In addition to his 94-year-old mother, Joey is survived by his three sisters, Judy (Ronnie) Penrod of Follansbee, Linda (Rich) Smith of South Carolina and Janet Leary of Follansbee, three nephews and a niece with an extended family. beloved for over 30 years, the David & Sandra Johnson family, where she was proudly called “Nana” by 11 children, grandchildren and great grandchildren.

In lieu of flowers, donations in his memory can be made to the American Bible Society – Charity, Roberts Wesleyan College, DeBarr Scholarship Fund or Holy Cross Lutheran Church, North Market Avenue.

Please add or post your condolences, photos and stories on www.chambers andjames.com, including the live funeral service broadcast.