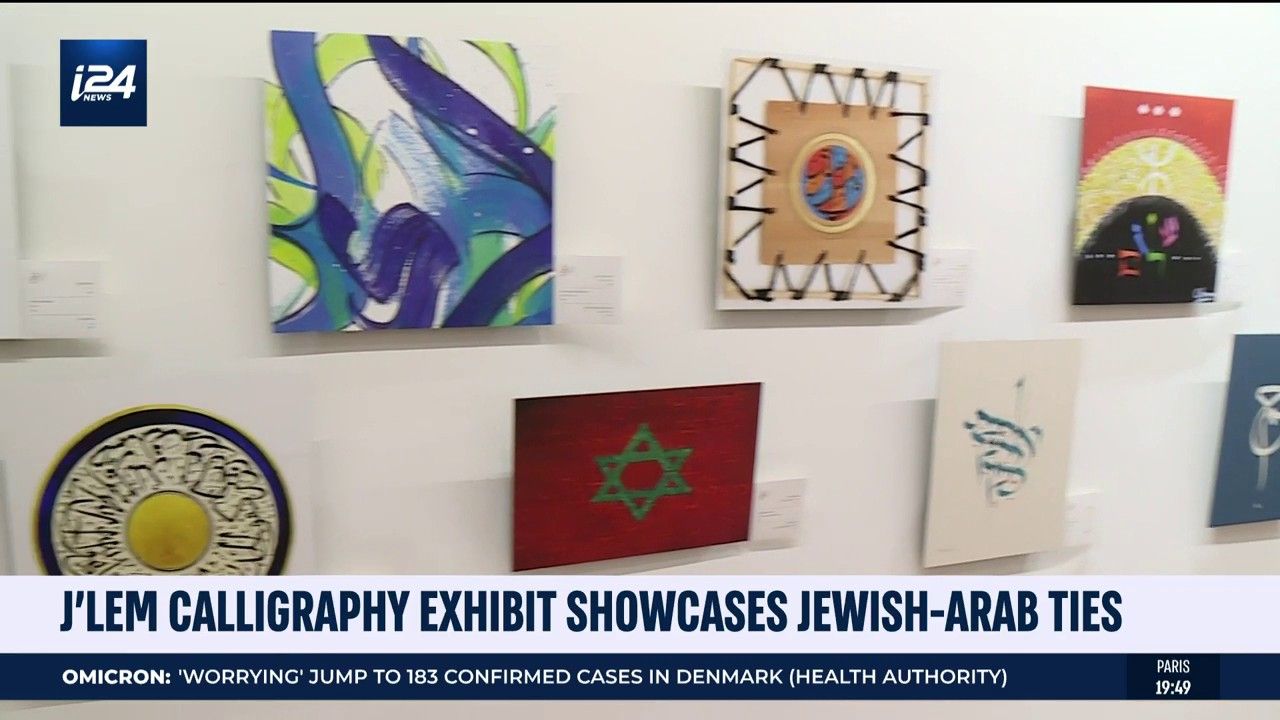 The exhibition is titled Maktoub and hopes to encourage dialogue among the countries of the Abrahamic Accord.

An exhibition of Hebrew-Arabic calligraphy at the Jerusalem Biennale – a city-wide cultural festival – highlights new ties between Israel and Arab countries.

Entitled “Maktoub”, an Arabic word meaning “it is written”, this exhibition was organized by Linore Mizrahi-Cohen and Chama Mechtaly to encourage dialogue between the countries of the Abrahamic Accord.

Mizrahi-Cohen is an Israeli-American artist of Syrian Jewish descent, and Mechtaly is a Moroccan artist based in Dubai. Mechtaly found out later in life that his grandfather was Jewish, which strongly influenced his life and his art.

The two women both organized the exhibition and contributed to it as artists themselves.

“Our two cultures revere the written word,” Mizrahi-Cohen told i24NEWS. “So I wanted to give exposure to artists who are not only very talented and technically very proficient, but also doing new interesting, creative and dynamic things with both scripts. “

Mechtaly noted that artists from countries that had not normalized peace with Israel through the Abrahamic Accords reached out in hopes of being part of the exhibition and expressed the limitations that came with it.

The two women have also collaborated on work outside of the exhibition, creating pieces that showcase their movement from country to country.

“The main idea is to take the shared background element of our stories … and this phenomenon that we’ve both noticed in our lives where we meet new people that we are lucky enough to relate or to re-imagine our stories. ”

Your ultimate guide to the perfect table setting for Christmas

The Traditions Symbols & History Behind the Celebration