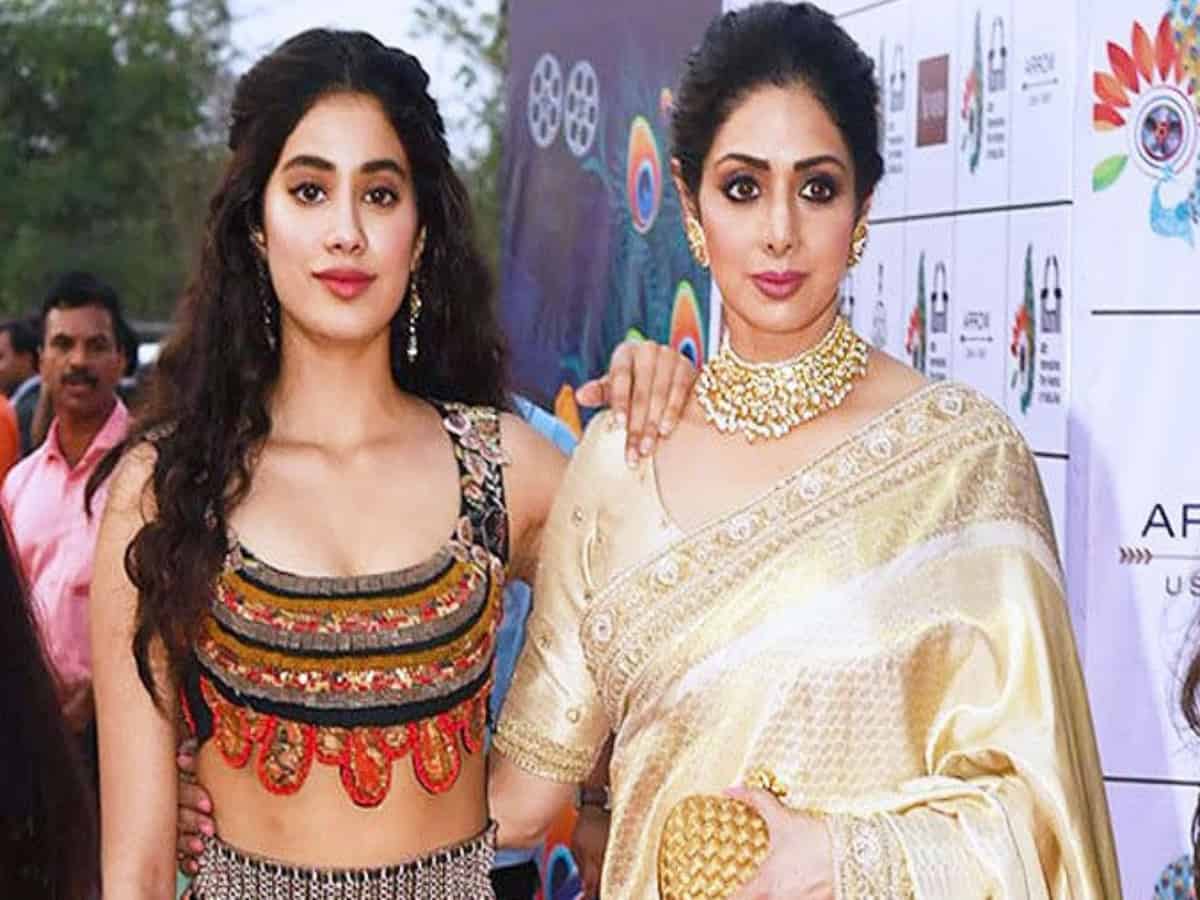 New Delhi: Actor Janhvi Kapoor presented fans with a breathtaking new image of herself on Sunday in which she looked like a faithful reflection of her late mother Sridevi.

Janhvi posted an alluring photo of herself on her Instagram account in which she looked as stunning as her late mother Sridevi.

The “Dhadak” actor could be seen exuding elegance in a cream chiffon saree paired with a gold spaghetti strap blouse. Keeping his hair tied back in a loose bun, the actor gave it a pure retro vibe with his bold eyeliner makeup style.

Janhvi Kapoor accessorized her look with a big pair of jhumkas. Sharing the photo, the actor wrote: “Can I pretend to live in the 50s forever”.

Her photos have garnered over three lakh likes and several compliments from her fans. “Looking Gorgeous Mam,” wrote one fan. “Mom, you are so beautiful,” wrote another.

Earlier this week, Janhvi Kapoor also caught the attention of fans and followers when she revealed her new tattoo dedicated to her late mother and legendary movie star Sridevi.

She got a tattoo on her arm: “I love you my Labbu” in Sridevi’s handwriting. Labbu is the name that the late legendary actress used to call her daughter Janhvi.

Her upcoming projects include Anand L Rai’s “Good Luck Jerry”, the shoot for which she ended in March. Other than that, she will be seen in ‘Dostana 2’ and is said to be a part of Karan Johar’s period drama ‘Takht’, alongside bigwigs like Kareena Kapoor, Ranveer Singh, Anil Kapoor, Vicky Kaushal, and more.

Wang Mansheng: a journey through art