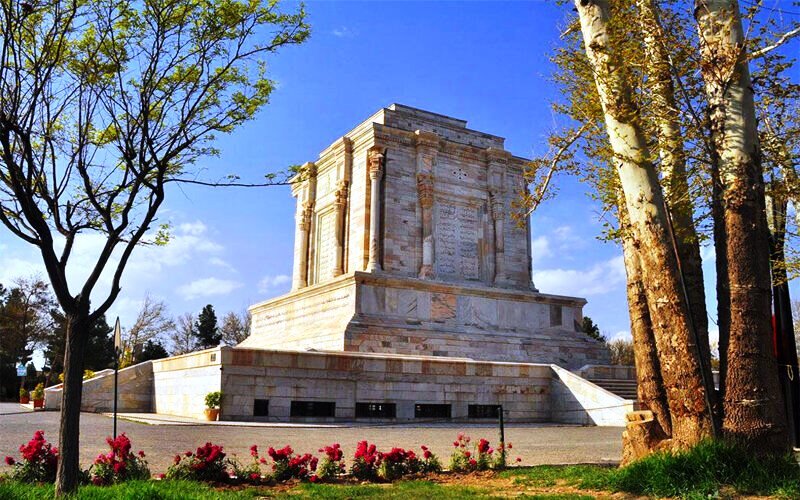 TEHRAN – The Ferdowsi and Persian Language Commemoration Day will be celebrated in Iran on Sunday in a series of programs designed by different organizations.

Bells will ring in schools across the country for the “Persian language period”, during which teachers will discuss issues concerning the Persian language, the director of the Academy of Persian Language and Literature has said , Gholam-Ali Haddad-Adel, at a press conference last week.

The schools will also host performances of naqqali, a dramatic style of storytelling dedicated to stories from Ferdowsi’s Shahnameh and other epic Persian stories.

Groups of schoolchildren will visit Ferdowsi’s tomb in Tus and perform songs at the site, which also houses the graves of several Iranian luminaries, including singer Mohammadreza Shajarian and poet Mehdi Akhavan-Saless.

Drawing contests and sports competitions will also be organized in some schools.

The city of Mashhad in northeastern Iran will host a seminar on Shahnameh, which will be organized by the Department of Islamic Culture and Guidance of Mashhad and the Saraye Kherad Institute.

A helicopter will fly over the town of Tus on Sunday, throwing flowers at Ferdowsi’s grave. A Spanish edition and a French translation of the Shahnameh will be unveiled at a special ceremony.

Additionally, rare copies of the epic Persian masterpiece will be featured in an exhibition at the Astan-e Quds Razavi Museum and Library in Mashhad.

The Islamic Ideology Dissemination Organization Art Office also plans to observe the occasion by organizing a variety of programs.

The scholars will have been invited to gather in the Sureh room of the office on Sunday, which will begin at 5 p.m. with a duo of singers Amir-Hossein Samiei from Iran and Aref Jafari from Afghanistan.

The meeting will continue with speeches from several Persian language experts and a comedy show.

The office’s Abolfazl Aali Gallery also hosts an exhibition of cartoons by Ali Paknahad and calligraphy works by Safar Nurzad.

Paknahad showcases his caricatures of Ferdowsi and other Persian poets such as Sadi and Hafez, while Nurzad hangs his latest works containing poems by these poets.