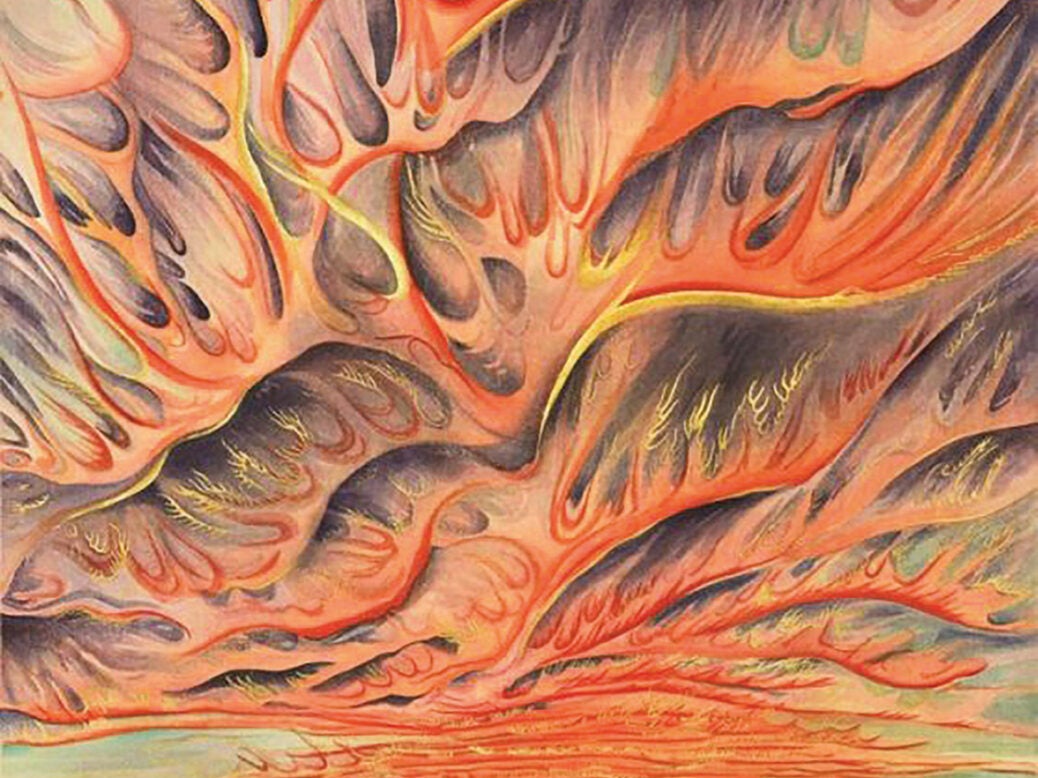 How Chiura Obata combined the traditions of Japanese and American art

In 1903, after a two-week boat trip, Chiura Obata arrived in the United States from Japan. He intended to stay a bit before heading to Paris, where he wanted to learn more about modern Western art. However, he never made it to Europe, settling instead in the San Francisco Bay Area, home to countless Japanese immigrants, and made a career of blending Eastern and Western styles.

When he left Japan, Obata (1885-1975) was already an accomplished artist. He had started formal training in the sumi-e (ink and brush) at the age of seven, and at 14 – having run away from home to avoid military school – had moved to Tokyo to continue his apprenticeship. After winning a prestigious award, he told his father that he was crossing the Pacific to go further: “The bigger the view, the bigger the art; the wider the journey, the wider the knowledge.

In San Francisco, he found work as an illustrator for Japanese-language newspapers, and as a stage designer and opera decorator for department stores. Obata was there in 1906 when an earthquake devastated the city and he left sketches recording some of the ruins. His adopted home was not always welcoming: racial slurs were common, he was taunted and spat in the street, and after an altercation with a group of construction workers, during which he hit one to the head with an iron bar, he was charged with attempted murder. The case was dismissed when the judge pointed out that eight-on-one was not a fair fight.

The incident was an aberration. Obata was a gentle man with a deep belief in harmony. “I have a strong desire to contribute to a peaceful life through painting,” he once said. “The peace of mankind is really precious.” This belief is at the origin of his role as founder of the East West Art Society in 1921, an organization promoting intercultural exchanges.

[see also: The Hokusai of Sussex]

Thank you for subscribing.
You will begin to receive emails from The New Statesman.

Yet it is in the most archetypal American settings that he finds the motifs that satisfy his desire to merge Japanese and American art. In 1927, he spent six weeks drawing in the Yosemite Valley and around the Sierra Nevada. There he felt for the first time that he had “come into contact with a larger Great Nature”. He made over 100 ink drawings and paintings during the trip, using the water from the river to mix his pigments so that the landscape becomes a physical part of the work. He called the experience “the greatest harvest of my life and my future in painting.”

Yosemite’s forests and sheer rock faces were to him the roller paintings of the mountains of China and Japan brought to life, and they had an almost mystical effect. “The coyotes are howling in the distance,” he wrote. “The moon crosses the sky. Trees stand up here and there and it’s very quiet. You can learn the teachings in this stillness.

In 1928, on the death of his father, Obata returned to Japan for two years with his wife and children. While in Tokyo, he transformed 35 of his Californian watercolors into woodcuts for a “World Landscape” series. He used 32 sculptors and 40 printers in an effort to capture his own emotions in the images, and the intensity of the work is particularly apparent in this hallucinogenic print, Setting sun over the Sacramento Valley, California, 1930.

It’s an image both sinister and euphoric, with the sky scorched and ablaze – evoked with calligraphic flourishes – resembling the spikes and sparkles of traditional Japanese dragon imagery (and the wings of William Blake’s Great Red Dragon). Obata wrote of a particularly bright moon that “reminded me of the days of the gods” and they are here too. This late afternoon blaze, full of boiling oranges, yellows and mauves and caught somewhere between the abstract and the natural, is an illumination worthy of the gods.

It is also tempting to see the picture as prophetic. Despite his love for the United States, Pearl Harbor led to the shooting of Obata’s art supply store, he became one of 120,000 citizens of Japanese descent interned under Executive Order 9066 and he lost his teaching job at the University of California at Berkeley. However, these difficulties did not intimidate him, nor the gloom of the camps. “If I hadn’t been to this kind of place, I wouldn’t have realized the beauty that exists in this tremendous sadness,” he said of the Topaz camp in the Utah desert. . He busied himself in founding art schools for his fellow inmates, teaching a total of some 1,500 students while producing his own works. He was released after a fellow inmate, believing he was a spy, assaulted him so badly that he had to be hospitalized.

After the war, Obata returned to his job at Berkeley, eventually becoming an American citizen in 1954. Determined to do whatever he could to restore relations between his two countries, he began taking Americans on a cultural tour of Japan. . “You must always see with a great vision, and if you keep your mind calm, there will be a way, there will be a light,” he said. One of the sites he always visited with his charges was Hiroshima, another place where the sky had burned with supernatural fire.

Fun hobbies to start at home