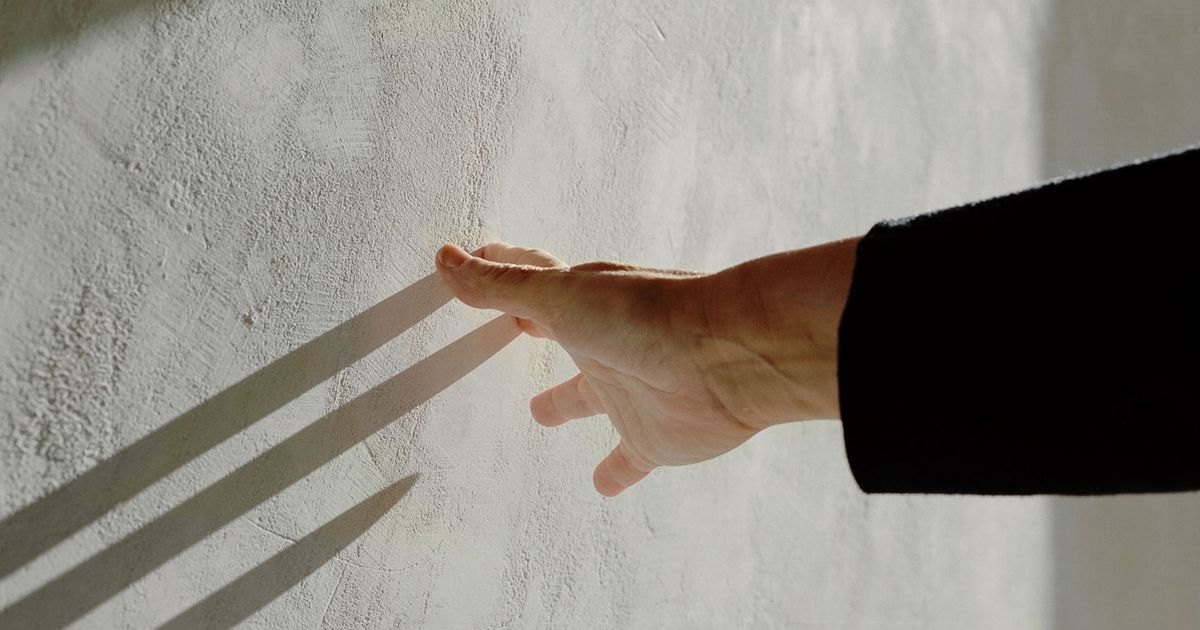 Barbara Lazear Ascher’s husband broke the news to her in the most direct way. “It looks like pancreatic cancer,” he told her evenly after the test results came back.

She and their friends gave him a wonderful death. They had theme nights with drinks to match. “Death was intimate, and I grew closer,” Ascher writes in his moving memoir, “Ghosting,” “We were determined, welded together in the process of this long taking leave.”

The mourning immediately after his death was anarchic. “You’ll think you’re sane, but you’re not,” a widowed neighbor told her. Shortly after, she was begging CVS employees to turn off the audio system that was playing “I’ll be home for Christmas.” She began to be afraid to bathe. She started giving away her stuff – later regretting it. She had visions of him on the street.

This kind of disorientation is brutal… and normal. Grief and suffering often shatter our assumptions about who we are and how life works. Social psychologist Ronnie Janoff-Bulman notes that many people assume that the world is benevolent, that life is controllable, and that we are basically good people who deserve good things. Pain and loss can shatter that into smithereens.

“Trauma challenges our overall sense system,” psychologist Stephen Joseph writes in “What Doesn’t Kill Us.” “He confronts us with existential truths about life that clash with this system. The more we try to cling to our supposed world, the more mired we become in denying such truths.

This process of post-traumatic growth is more like rewriting a novel than solving a problem or healing a wound. It’s a process of reconsideration and reorganization – the crafting of a different story. It’s one of those tasks, which most of us have to do several times in a lifetime, that no one teaches you in school.

The first phase is often slow and physical. The body is still in the wild grip of raw pain. It takes time for the body to experience enough new feelings of security and connection – with other people – to counter the shock of loss.

Little by little, the process of re-history begins. It takes a now fragmented life and slowly brings it together into a new narrative. Social psychologist James Pennebaker asks people to do free expressive writing, sometimes for just 20 minutes a day for four days. Don’t worry about spelling and grammar, he advises; just let it flow – for yourself. At first, people who participate in expressive writing exercises sometimes have different voices and writing styles. Their stories are raw and disjointed. But their stories become more coherent and self-aware as the days go by. They try different perspectives. Some studies show that people who go through this process emerge with lower blood pressure and a healthier immune system.

Then there is the process of regaining control over your beliefs. The mind is an implacable meaning-making machine. After a loss, the mind, often unconsciously, jumps to wildly inaccurate and unhelpful conclusions: I am responsible for what happened. The whole world is dangerous. Pain hurts, so it’s best to avoid it. In times like these, we don’t always have thoughts. Our thoughts have us.

A big part of therapy is skimming through beliefs and emotions, recognizing them one by one, and testing the thoughts by stepping back and questioning them. Will my life really fall apart forever, or am I catastrophizing again? We must fight to regain control.

After a loss, many people take a moral leap: I may never understand what happened, but I can be more understanding of others. When people see themselves behaving with more compassion, directing their lives toward goodness rather than happiness, they revise their self-image and find meaning.

Gradually, for some people, a new central narrative emerges answering the question, “What should I do with this unexpected life?” It’s not that the facts are different, but a person can step back and see them differently. New frameworks are needed, which reorganize the relationships between the events of a life. Spatial metaphors are useful here: I was in a dark wood. This train is wrong. I climb a second mountain.

Researchers differ on the frequency of post-traumatic growth. But I often meet people who have this unwanted wisdom, this attitude of “tragic optimism” that Viktor Frankl describes, who see their life as a story of redemption.

I just wish our society would do a much better job of preparing people for these difficult tasks and supporting them through them when the time comes.

David Brooks is a regular columnist for The New York Times.