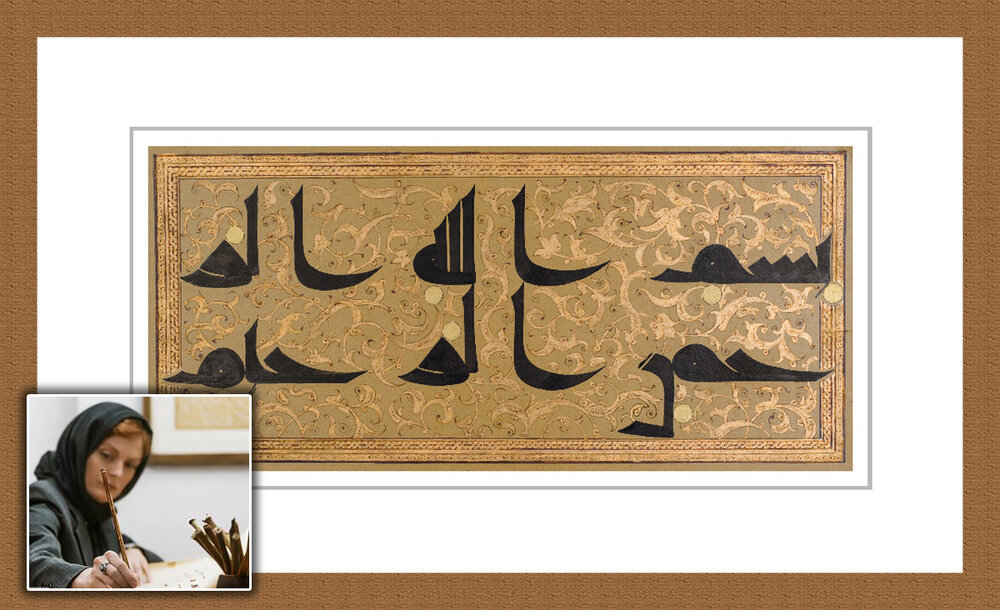 TEHRAN – Iranian expert and prominent Persian calligrapher Maryam Veisi has said that UNESCO’s decisions on calligraphy in the region are insulting to the history of Iranian calligraphy.

UNESCO recently inscribed the traditional calligraphy of Islamic art known as Husn-i Hat in Turkey on its Representative List of the Intangible Cultural Heritage of Humanity.

Meanwhile, the organization also selected Iran’s National Program to Safeguard the Traditional Art of Calligraphy in its Register of Good Safeguarding Practices.

â€œIn this phrase ‘national program for safeguarding traditional art of calligraphy in Iran’, you can replace Iran with any other country,â€ Veisi told ILNA’s Persian service on Tuesday.

” It’s a shame ; this is insulting to the calligraphy history of Iran, which boasts a diversity of calligraphy styles such as talik, nastaliq and shekasteh nastaliq and masters, each can be considered a peak of the ‘history of art,’ she added.

â€œThis ridiculous phrase means that the Arab countries and Turkey are the owners and the family of calligraphy and that Iran is the governess in this area,â€ lamented Veisi.

She criticized the Iran Calligraphers Association, as the only official organization responsible for the art of calligraphy, for its mismanagement, and said: â€œThe association is supposed to be functioning well.

â€œIn addition, the association focuses only on the nastaliq and shekasteh nastaliq styles, ignoring the other styles. Meanwhile, Turkey considers all styles of calligraphy and therefore the country presents strong evidence to UNESCO of their claims, â€noted Veisi, a specialist in Kufic calligraphy.

â€œDespite the change in its official script, Turkey accumulates the works of eminent masters of calligraphy by organizing many major international events every year to enrich its treasury. Nevertheless, we know that no style of calligraphy was invented during the history of the Ottomans, who only focused on styles such as thulth and divani, the latter having been derived from the talik style of the Iranian calligraphers. Therefore, all of these reasons are convincing enough to challenge and dismiss Turkey’s claims on calligraphy, â€she concluded.

Qelichkhani is the author of â€œA Handbook of Persian Calligraphy and Related Artsâ€, which was published by Brill, a leading Dutch publisher in Leiden.

Photo: A combined photo shows Iranian calligrapher Maryam Veisi and one of her works.

Humanity through cinema and technology