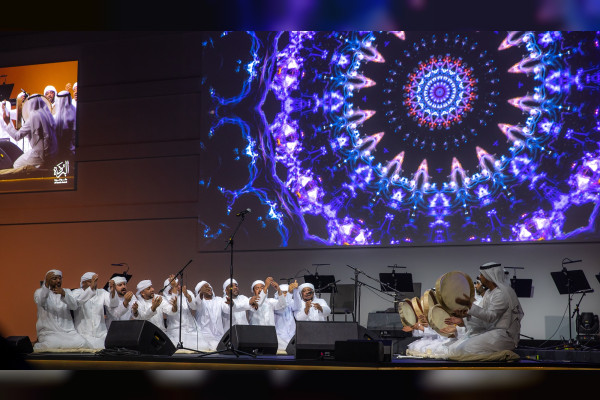 Commenting on the ceremony, Al Kaabi thanked His Highness Sheikh Abdullah bin Zayed Al Nahyan, Minister of Foreign Affairs and International Cooperation, for his continued support and for bringing the award globally. She said the award, at its sixteenth session, received more than 1,557 nominees in a variety of Islamic arts, securing its position as one of the world’s leading events celebrating modern Islamic art and artists.

She added that since its launch, the award aims to be a bridge to inspire cultural and artistic communication between people, aiming to illuminate the future by introducing authentic Islamic civilization, culture and arts through history.

The current edition awarded the Egyptian poet Heba Alfeky the first prize for classical poetry, with the second position in the same category obtained by her compatriot Diyaa Alkilany. Lamis Al Rahabi and Bahija Masri Idlbi from Syria won the third and fourth prize respectively in the Classical Poetry category.

The awards night hosted several outstanding performances from a range of genres, with artists such as Watar Orchestra of Iraq, Dubai Chamber Choir and Sheikh Mahmoud Eltohamy of Egypt, the latter with a piece titled “Anin”. Noumoucounda Cissoko from Senegal delivered a musical recital titled “Mandi Strings”, while Lebanese singer Jahida Wahba performed several songs from her catalog.

The closing performance was an Emirati Malid delivered by Rashid Al Nuaimi and Saif Fathel.

The Al Burda Prize is a global platform that reflects the diversity of creative expressions in the Islamic world and seeks to revitalize the Islamic cultural and artistic movement. The award was launched by the Ministry of Culture and Youth in 1425 AH / 2004 under the patronage of Sheikh Abdullah bin Zayed to commemorate the birthday of Prophet Mohammed (pbuh).