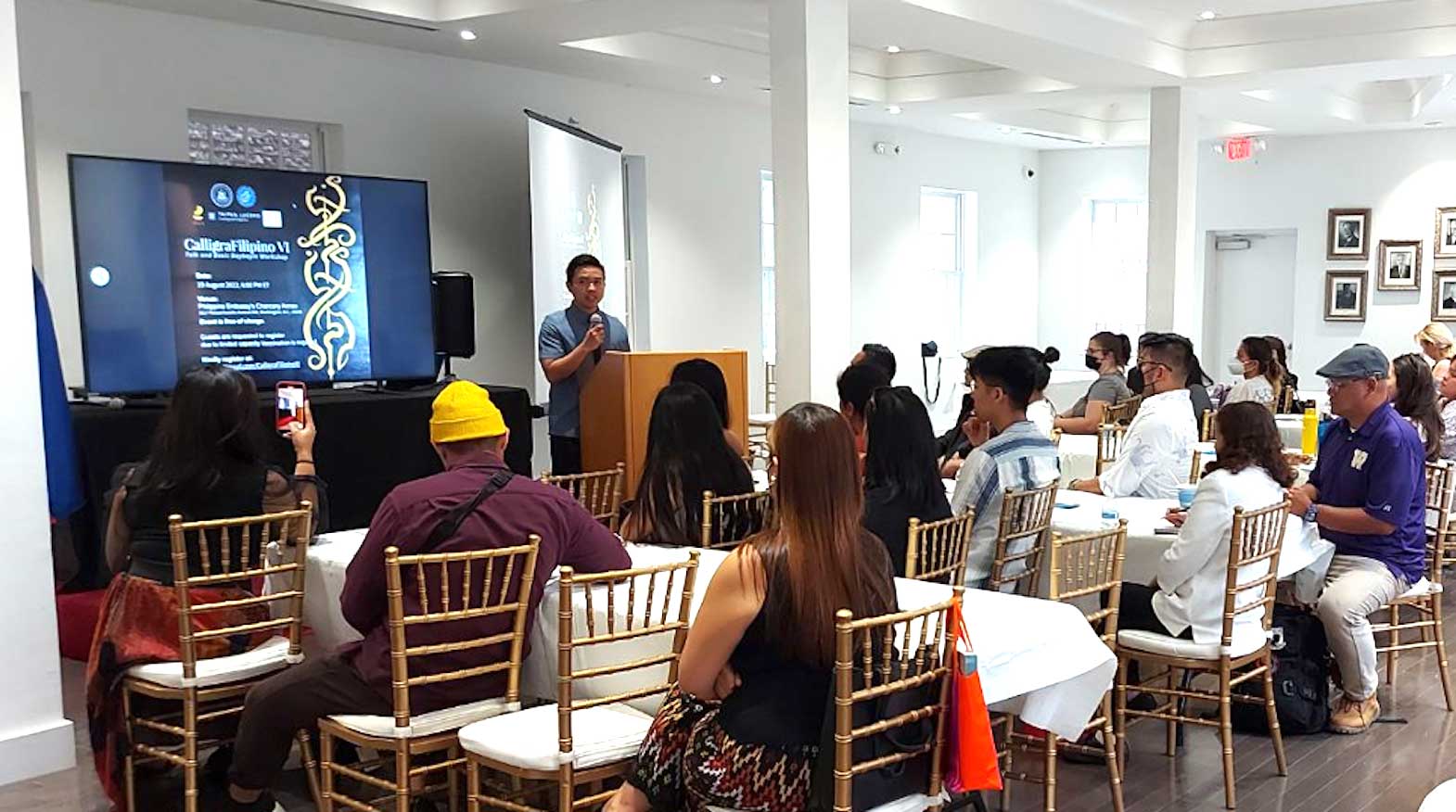 George Ian “Taipan” Lucero (front) shares the background and purpose of his CalligraFilipino project and the value of Baybayin in today’s Filipino society. CONTRIBUTED

Scholars, museum fellows and members of the Filipino community attended Lucero’s lecture, which was followed by a basic workshop that taught participants how to write their names using the Baybayin characters, according to a statement. Embassy press release.

The event hosted by Sentro Rizal of the Philippine Embassy marked “Buwan ng Wika sa Amerika” and the birthday of the late President Manuel L. Quezon, the statement said.

Lucero’s presentation highlighted the importance of preserving Filipino culture and the traditional writing system, especially in the digital age. He explained the two aspects of his CalligraFilipino project, which are sinulate (written) and ginuhit (drawn). He also shared his view on the visual etymology of Baybayin characters and its connection to the Filipino language. He also called on Filipinos “to be proud of what is ours.”

“Taipan” Lucero received a grant from the National Commission for Culture and the Arts (NCCA) for his project CalligraFilipino, a portmanteau of calligraphy and Filipino.

Participants try their hand at Baybayin, on writing sheets provided during the workshop led by George Taipan. CONTRIBUTED

His art and advocacy celebrates pre-colonial writing and Filipino culture, focusing on the artistic interpretation of Baybayin combined with traditional cultural elements, such as the colorful Maranao Okir, the radial design pattern of Kulintangs, the Lingling-o fertility charm of the Cordilleras, among others.

Lucero was also the featured performer at the 29th Annual Pistahan Parade and Festival held August 13-14 in San Francisco. As part of her US tour, her upcoming exhibitions and workshops include:

Subscribe to our newsletters! Get updates straight to your inbox