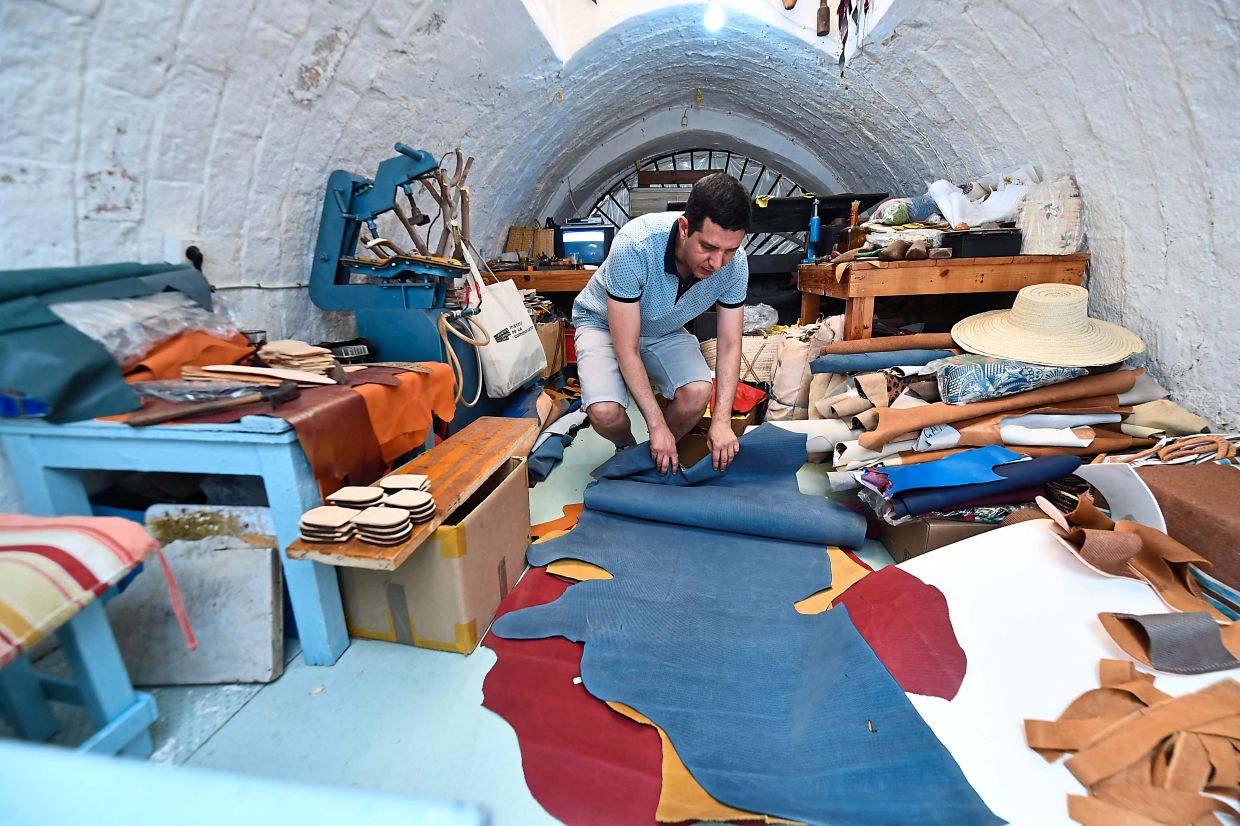 Cultural refreshment in the old town of Tunis

The cries of children echo through the alleyways as they hunt for hidden treasure – part of growing efforts to bring life to the old city of Tunis in Tunisia.

While parts of the ninth-century medina bustle with tourists during the day, it’s largely deserted at night and on weekends.

Writer Hatem Bourial said the medina, one of the first cities built after the Muslim conquests of North Africa and home to the famous Zitouna mosque, has a deep “emotional charge”.

“It is the refuge of the first madrassas (Koranic schools), and the Zitouna is one of the most famous and oldest mosque-universities in the world,” he said.

But, he added, “people traditionally don’t go to the medina at night, because every souk closes.”

The medina was founded in the 9th century, but its real expansion began in the 13th century, when Tunis became the capital of the kingdom of the Hafsid dynasty, extending along the Mediterranean coast to Tripoli in present-day Libya. .

The kingdom survived an attempt by King Louis IX to capture it, with the French monarch dying of dysentery in the process.

Under the Hafsids, Tunis was one of the largest cities in the Islamic world, and their legacy lives on in the form of narrow, crowded souks that helped the medina gain Unesco heritage status in 1979.

The district also has about twenty small souks dedicated to specific artisans such as tanners, perfumers and shoemakers.

“The medina is the lungs of Tunisia, and it’s where Tunis began,” said Salma Garbi, a 38-year-old architect who was taking part in a guided walk.

While visitors mostly stick to its two main thoroughfares, “new cultural events are springing up and breathing life into the medina,” she said.

Garbi welcomed the launch of two art festivals, Interference (art and lights) and Dream City, which involve young artistic productions in unusual places like chapels, often in the evening.

“They brought the medina back to life,” she says.

She also pointed out that during Ramadan, shops and cafes stay open late and the medina bustles with concerts and modern dance performances until the early hours.

The district has also found new life with the creation of Art Rue, which organizes art workshops with local schools, and a host of guest rooms.

Leila Ben Gacem, who set up her first guest house in the UNESCO-listed old town in 2013, is on a mission to brighten up the neighborhood.

She brought together a group of small businesses to “create experiences for people to enjoy coming to the medina, spending the weekend there, meeting artisans and having authentic moments,” she said.

The Mdinti (“my city” in Arabic) project, funded by the German aid agency GIZ, which also campaigns for better lighting and cleaner streets, has 21 members including craft workshops, guest houses, cafes and restaurants.

They organize activities throughout the year, from scavenger hunts to walking tours and lessons in North African cooking, Arabic calligraphy and making traditional “balgha” shoes (leather slippers without heels).

“If there is something to do at night or on Sunday, traders will close later or keep their shops open,” said Souhail Fitouri, involved in the Mdinti project.

For this summer, Ben Gacem draws up a list of potential events for tourists and residents: cinema screenings on the roofs, meetings with craftsmen, historians and some of the 25,000 inhabitants of the medina.

But residents say that for the medina to experience a real revival, more state support is needed – a big ask, given the dire state of Tunisia’s public finances.

The government entered bailout talks with the International Monetary Fund this month as its tourism- and import-dependent economy has been battered by the coronavirus pandemic and rising global food and energy prices.

Hatem Bourial deplores the closure for 15 years of the Sidi Bou Khrissane lapidary museum and the Dar Ben Abdallah museum of popular arts and traditions. The same goes for the famous Tourbet el Bey mausoleum.

And the Zitouna mosque is completely forbidden to non-Muslims. Bourial recommends opening “at least the patio” to visitors.

“Signs currently state that entry is for Muslims and women with covered hair only. This is an insult to the very notion of hospitality,” he said. – AFP

6 tips to help you manage your finances the right way