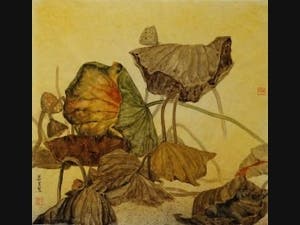 Cloud Wanderings of Wang Mansheng opens at the Hammond Museum

NORTH SALEM, NY — A new exhibit opening Saturday at the Hammond Museum and Japanese Stroll Garden will feature paintings and calligraphy in the Chinese tradition by artist Wang Mansheng.

The works explore the spirit of the natural world and their contemporary meaning. The exhibition will consist of three parts: landscape paintings and calligraphy in the Guild Hall, colorful lotus paintings in the Hays Gallery and a selection of paintings from albums and artist’s tools in the central Goelet Gallery .

The tradition of Chinese painting has existed for 3,000 years and throughout this period Chinese art, especially painting and calligraphy, has been closely linked to the country’s literary, philosophical, social and historical traditions.

As Chinese painting continues to evolve, Wang Mansheng is one of the artists best known for forging this path of development. According to the Hammond Museum, “Rooted deeply and broadly in the classical arts of China, Mansheng is also a fully engaged global citizen in today’s world. China’s Vibrant Past.”

Mansheng’s exhibition succeeded in juxtaposing the traditional and the contemporary in several ways. In ancient times, the concept of “journey in the clouds” (“yunyou” in Mandarin) was widely associated with the wanderings of sages and immortals, often linked to Taoism, Buddhism and folk beliefs. Due to the contemporary meaning of the word “cloud” for online data storage, “yunyou” has now taken on a new connotation of internet travel. In his exhibition, Mansheng explores the two meanings of “yunyou”, creating a dynamic bridge between China’s past and modern times.

The “Cloud Wanderings of Wang Mansheng” exhibition will be held at the Hammond Museum and the Japanese Stroll Garden from May 28 to August 13.

The Hammond Museum and Japanese Stroll Garden is located at 28 Deveau Rd. in North Salem. More information can be found on their website.

About the artist:
Wang Mansheng was born in Taiyuan in 1962 and began studying traditional painting and calligraphy, largely independently, from an early age. After graduating with a degree in Chinese Classics from Fudan University in Shanghai, he directed and produced documentary programs at China Central Television. Wang moved to Dobbs Ferry in 1996 and focused on calligraphy and painting. His influences include traditional Chinese literary art, Buddhist art, and more recently the Hudson Valley. He uses non-traditional materials such as reeds from the Hudson River and handmade ink made from black walnuts. The artist’s works have been exhibited in China in Beijing, Shanghai and Shanxi Province, as well as in the United States, notably at the Brooklyn Museum, the Baltimore Museum of Art, the Huntington Art Museum and Connecticut College.

About Hammond Museum and Japanese Promenade Garden:
The Hammond Museum and Japanese Stroll Garden, in North Salem, New York, was founded in 1957 by Natalie Hays Hammond (1904-1985) as a place where Eastern and Western cultures could be appreciated and visitors could enjoy the beauty of nature. The Hammond consists of an art museum that features a changing list of exhibits, as well as educational programs and classes. The highlight of the Hammond is the Japanese Stroll Garden, which occupies 3 ½ acres, is centered around its pond and includes many rare Japanese plants and trees, as well as species native to Westchester. Also on the grounds is a traditional Japanese teahouse, which was imported from Kyoto and is used for tea ceremonies. The Hammond is open to the public from April to November.

11 constructive hobbies to improve your skills and be happy

Why does my handwriting get smaller with age? | Features