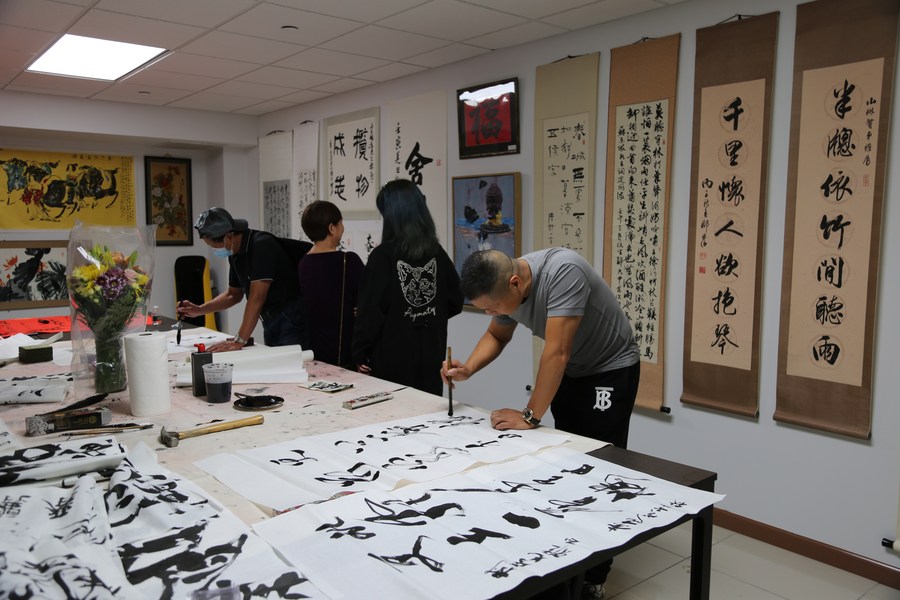 It is hoped that the exhibition will attract artists from different racial backgrounds, strengthen Sino-American cultural exchanges and improve acceptance of traditional Chinese culture.

NEW YORK, Sept. 10 (Xinhua) — A themed exhibition of traditional Chinese calligraphy and painting works kicked off Friday in New York’s Flushing Chinatown to coincide with the Mid-Autumn Festival, which falls on Saturday. This year.

The four-day exhibition features more than 90 works, including a dozen created by Western artists, said David Zhu, one of the organizers of the event and secretary general of the American Chinese United Association.

Some of the works feature full moon scenes or denote the artists’ homesickness.

Zhu said the works came from artists themselves or from collectors, and some were exhibited for the first time.

In addition, a round table on artistic creation and Chinese culture was held on Friday afternoon.

It is hoped that the exhibition will attract artists from different racial backgrounds, strengthen China-US cultural exchanges and improve acceptance of traditional Chinese culture, Zhu said.

The Mid-Autumn Festival is generally considered one of China’s most important traditional festivals and is marked on the 15th day of the eighth month in the Chinese lunar calendar. Traditionally, the Chinese believe that the full moon is the symbol of family reunion. ■