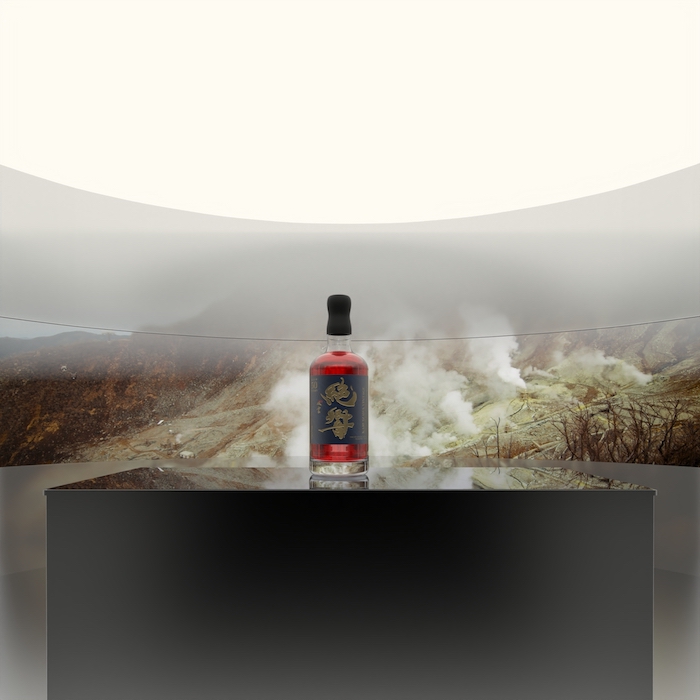 BlockBar, an NFT marketplace for luxury wines and spirits, offers the opportunity to purchase a bottle of one of the world’s rarest whiskeys, Karuizawa, from its last 50-year-old cask.

“The Last Masterpiece 1970” would be the last of its kind in the history of whiskey and would mark the Japanese distiller’s final farewell.

A statement from BlockBar notes that this is the first time they have introduced Japanese whiskey to its market, offering collectors the chance to own a piece of history with Karuizawa’s “The Last Masterpiece 1970”.

Only 211 bottles in total remain from the 1970 Karuizawa cask and one is made available exclusively through blockbar.com, as the brand’s very first NFT. The special-edition bottle is decorated with bespoke label artwork designed by Souun Takeda, one of Japan’s esteemed calligraphers.

Since its closure in 2011, the remaining liquid from the Karuizawa distillery has become highly sought after by whiskey collectors.

“The Last Masterpiece 1970” was first distilled 52 years ago in the shadow of the active volcano, Mount Asama, in Japan. It matured in a sherry cask before being unearthed in 2020 and bottled as a limited edition.

Karuizawa whiskeys are described as having a style close to a Scotch malt, while retaining its own individual characteristics. The water has been filtered through lava and the distillery and warehouse experiencing cool summers and snowy winters, the result is a completely unique maturation profile for the liquid.

Whiskey is celebrated through the bottle illustration designed exclusively for BlockBar by Japanese calligrapher Souun Takeda. Written in the traditional Kanji style, the lettering on the bottle combines modern innovation with traditional methods to express the Japanese language and spirit, an ode to this whiskey and its history.

“Each bottle of Karuizawa whiskey is truly precious because the Karuizawa distillery is closed. Once a bottle has been purchased, the brand is getting closer to its final conclusion, so we have to be very careful with our partners,” said Eric Huang, CEO of Hua Yang International Exhibition Ltd. from Taiwan.

“The Karuizawa brand is incredibly unique and we see huge potential for dropping an NFT, which includes ensuring authenticity for the bottle owner. The primary consideration for our partnership with BlockBar is their expertise in luxury spirits and its strict control to ensure the authenticity and quality of the bottles by partnering directly with a brand owner. We look forward to recreating the legend of Karuizawa with the expertise of BlockBar,” he said. added.

Dov Falic, co-founder and CEO of BlockBar, said with this rare offering: “We literally have one of the last drops of Karuizawa, which will never be recreated again, so this is a global auction not to be missed. to lack.”

The Karuizawa ‘The Last Masterpiece 1970’ is auctioned with a starting bid of 75,000 USD. Bids can be placed at blockbar.com and payment can be made via ETH, credit card or bank transfer. The auction is now open and will end at 5 p.m. EST on Monday, July 18.

The notes of distiller Karuizawa ‘The Last Masterpiece 1970’:

Are Chinese consumers abandoning sweets? – This is Shanghai