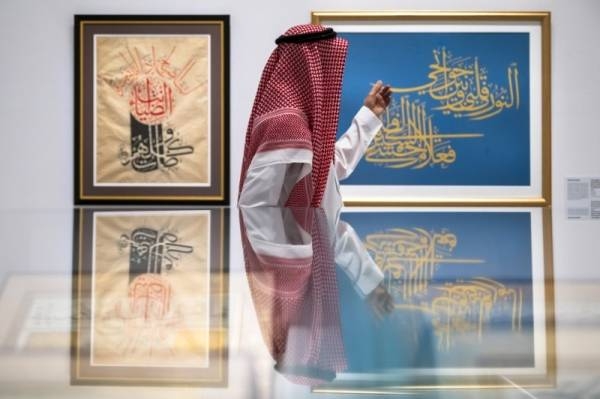 TUNIS – The Director General of the Arab Organization for Education, Culture and Science (ALECSO), Dr Mohamed Ould Omar, congratulated Saudi Arabia on the success of the Year of Arabic Calligraphy which was adopted by the Ministry of Culture in 2020 and 2021 through a series of events and activities aimed at strengthening the presence of Arabic calligraphy in society, preserving it and celebrating its arts.

In a statement to the Saudi Press Agency (SPA), he said: â€œI sincerely thank the Kingdom of Saudi Arabia, under the leadership of the Guardian of the Two Holy Mosques, King Salman bin Abdulaziz Al Saud and His Royal Highness Prince Mohammed. bin Salman bin Abdulaziz, Crown Prince, Deputy Prime Minister and Minister of Defense, for their interest in establishing the Prince Mohammed bin Salman International Center for Arabic Calligraphy, considering that this is a very important step that will help to save Arabic calligraphy from the distortion it has reached and restore its status. It is also a project for the preservation of Arab culture and calligraphy, and it is one of the important religious and cultural issues due to its important role in the preservation of Arab heritage and the transmission of the history to future generations.

He added: â€œArabic calligraphy is of great importance, especially as we all know the preponderant role it played in Arab and Islamic civilization, and the impact that this calligraphy and its civilization have for a long time. date left on human heritage in general; Arabic calligraphy has played a central role as a carrier of knowledge over the years and has contributed to the preservation of cognitive and cultural heritage.

He also expressed his gratitude and appreciation to Prince Badr bin Abdullah bin Farhan, Minister of Culture, for Saudi Arabia’s success in cooperating with ALECSO to inscribe Arabic calligraphy on the list of intangible heritage of the UNESCO, stressing that these efforts reflect the high level of cooperation and integration between the Kingdom of Saudi Arabia and ALECSO in all that would serve the common Arab action.

The Director General also praised the vision of the Minister of Arab Culture and his direct interest in reviving the heritage of Arab culture, such as his initiative to revive the Dar Al-Qalam Center, so that it becomes an international center. named after Crown Prince Mohammed. ben Salman. He also pointed out that this reflects Saudi Vision 2030’s pride in Arabic calligraphy, its authenticity, history and arts, expressing confidence that the center will be a practical gateway in offering specialists in Arabic calligraphy the opportunity to present their views and ideas at conferences. , seminars and meetings.

Dr Mohamed Ould Omar also stressed that taking care of Arab heritage and reviving it with new form and creative formula is the mission of all Arab countries, noting that it is essential to establish a center to preserve this precious heritage of the ‘art of handwriting’ for generations to come, and referring to the utmost importance of doing so now more than ever due to the acceleration of developments in the digital age which is dominated by the use of computers and cell phones instead of pencils and pens. – SPA

The Libyan parliament orders the creation of a committee after December 31. 24 roadmap – declaration

With an eye on future food challenges, KSA invests millions in vertical agriculture