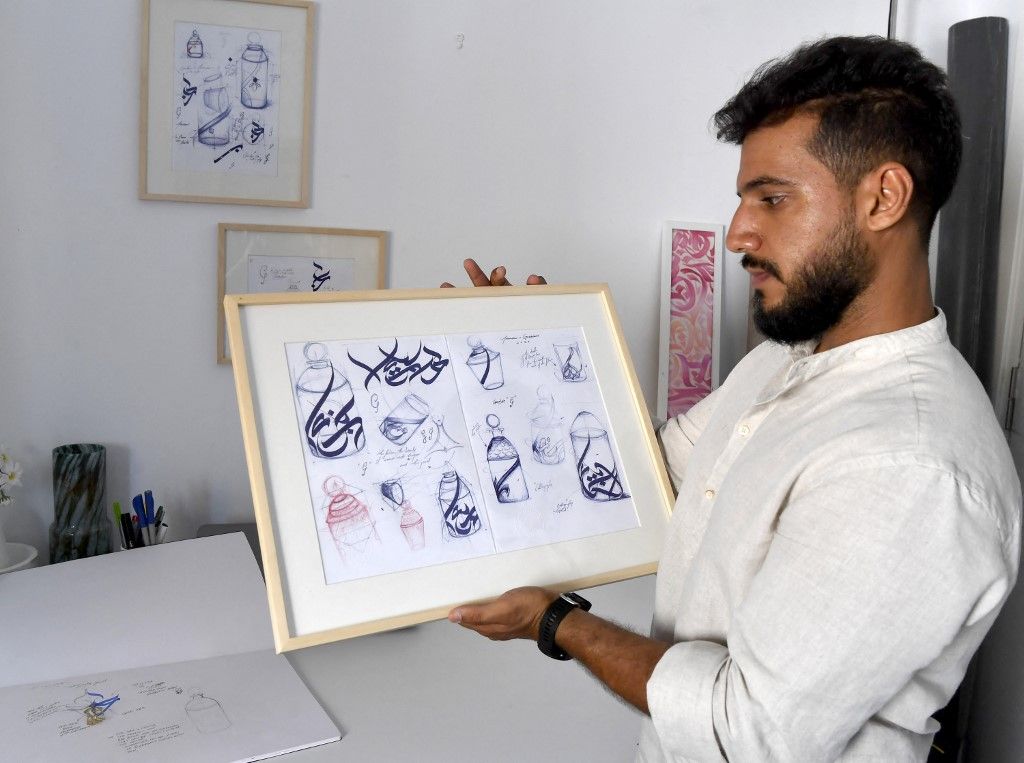 A Tunisian artist mixes his inspirations in calligraffiti

Mohamed Kilani Tbib, known as Inkman, was inspired to drop out of business school and study graphic design

A Tunisian artist has turned a new genre into an even newer one by blending three different languages ​​into a modern calligraphy style.

Mohamed Kilani Tbib, known as Inkman, was inspired to drop out of business school and study graphic design when he found a genre of illustration that helped him deal with his emotional pain.

Language is full of inherent beauty. The art of calligraphy takes this beauty to another level.

Antique illustrations have been around for thousands of years. Today, some like Inkman use it to create unique masterpieces in hopes of uplifting and inspiring.

“When I pick up the brush, I disconnect, really. It’s kind of a meditation for me. I don’t have an idea in my head, it’s just the letter, the brushstroke,” Tbib shared. .

Working from his Tunisian studio, Inkman has been mixing Arabic and Latin alphabets to create beautiful masterpieces for 8 years. Most recently, he was chosen to design a perfume bottle for the French cosmetics giant Guerlain.

“For me, the collaboration with Guerlain is the fruit of several years of work and sacrifice. For me, it’s a great opportunity. I was on cloud nine through this project. I’m very happy with what we have accomplished.”

Inkman is considered by some to be one of Tunisia’s most promising talents. He was inspired by a hybrid illustration genre called calligraffiti; a mix of traditional calligraphy and modern urban graffiti.

Inkman said the niche art form changed her life in a profile on art website Widewalls. Calligraffiti allowed him to express himself on the web and to deal with emotional trauma.

“The particularity of my work is perhaps the style of writing. It is written with Latin characters, but in an arabesque style which makes the calligraphy that I do a little different.”

Inkman got to where he is now by taking risks and urges all budding artists to do the same.