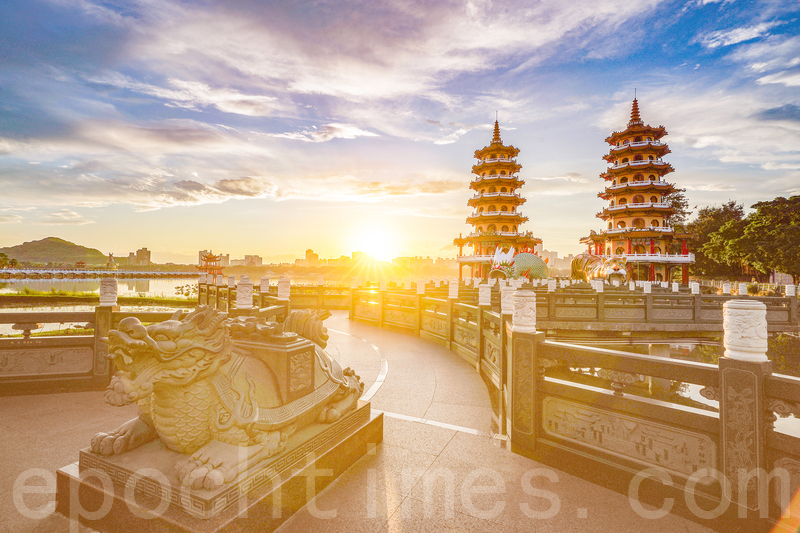 KAOHSIUNG, Taiwan—The evening of June 21 Shen Yun The Performing Arts International company had its first performance this season at the Jhih-De Hall of the Kaohsiung Cultural Center.

Ms. Lin noted that “the program introduces the different styles and characteristics of Chinese life in the south and north, including those of the Yi ethnic group, the Mongols and life in the central Great Plains of China.”

“Of course, rarest of all and most precious is that the show portrays ‘Truthfulness-Compassion-Forbearance’, the core values ​​of Falun Dafa,” she says.

She believes that following these core values ​​will purify people’s hearts.

“I believe that being sincere and kind and being tolerant towards all people and all things will purify people’s hearts and elevate human morals; it is beneficial between people and between countries, and I believe it would help reduce disasters in the world,” she explained.

In order to reduce disasters in the world, Ms. Lin said, we must start by changing people’s hearts. “The most important thing is that ‘Truthfulness, Compassion, Forbearance’ as described in the performance should be the goal we pursue and aim for, so I’m very grateful to Shen Yun for bringing a very different artistic feast,” she said.

For many people who are afraid to go out of their homes during the epidemic, she encouraged them by saying, “I think that in the future, we will have to move forward to a new life despite the impact of the epidemic, so take it easy and I invite everyone to watch Shen Yun together.

“It’s very pleasing to the eye, it’s really wonderful!” This time it’s very different from the performances (which I’ve seen before), including dance and orchestra performances and everything. Shen Yun incorporates many interactive scenes into the background, which are very lively and dynamic. It’s really wonderful. said Chen Hui-wen, city councilor of Kaohsiung.

“The show teaches people to be kind and have benign thoughts. I think that’s the spirit Shen Yun wants to show,” she said.

“After watching the whole performance, I felt very energetic and very happy.”

Ms. Chen added that due to busy work, “I was actually very tired and wanted to fall asleep directly after a full day, but during the whole performance, I was really pleasantly surprised. My whole body felt invigorated and I didn’t feel like sleeping at all, not even the slightest bit! I was practically watching the scene from beginning to end!

“Seeing Shen Yun makes me feel like a king”

Yang Kun-tso, director of a regenerative medicine technology company, saw Shen Yun for the first time. He was totally amazed and said, “I think it’s very special and innovative. All dances and show content are unique and different from other shows.

Mr. Yang said that in ancient times, Shen Yun would probably be a performance for the imperial family, which particularly intrigued him.

Being able to watch such a fine performance in the post-epidemic era, Mr. Yang said, “I think it’s very good. It’s rare to see such a performance, I feel quite refreshed. Yes, it’s a whole new experience.

Mr. Zhang, a mainland tourist who came to Taiwan to visit relatives but was unable to return to China due to the pandemic, had the opportunity to see Shen Yun.

“The most touching part is the dance, which has educational significance for young people,” he said. “It is mainly to show the prosperous times of the Qin Dynasty, Han Dynasty and Tang Dynasty, and introduce traditional Chinese culture to Taiwanese audiences.”

Mr. Zhang concluded, “Some people don’t understand traditional Chinese history, and this performance brings it to life for people to see.

‘So beautiful for the eyes to take it all in’

“Today’s program is something we have never seen before, and the hosts are also great! Both are truly geniuses,” said Hsu Chu-ju, President of I Cheng Thermal Insulation and Refractory. Engineering Company.

“I really like each piece, they are all of a high standard and the animated backdrop adds just enough to enhance the experience,” he explained.

He added that the performance was a real eye-opener. “It’s really well choreographed and put together, and the whole show is a feast for the eyes.”

Mr Hsu said he encourages his friends to experience Shen Yun for themselves.

Reporting by Epoch staff in Kaohsiung.

“Sweet Bean Paste” by Durian Sukegawa: on second chances and the plight of leprosy patients