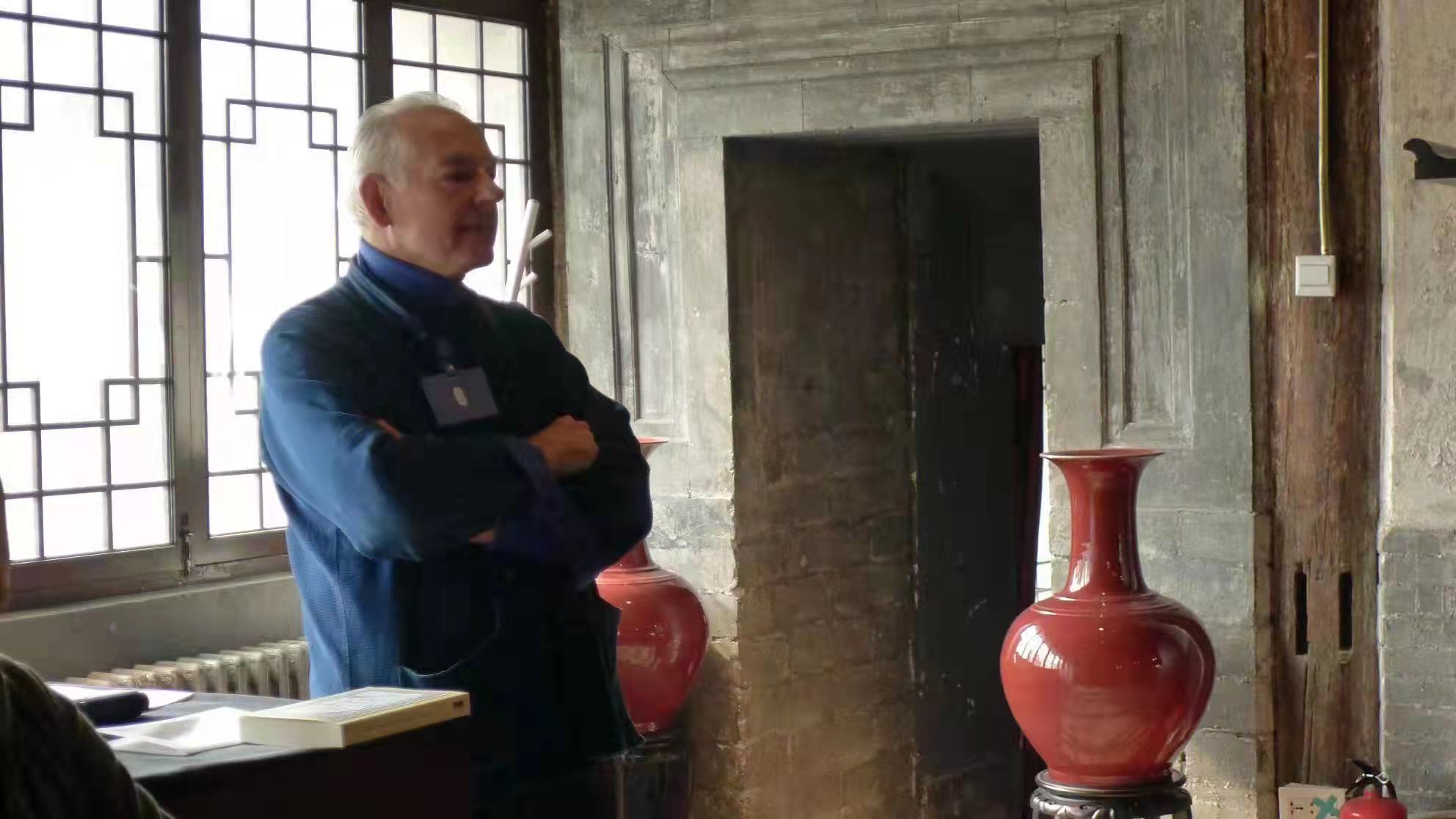 20 for 20: Alan Babington-Smith of the Royal Asiatic Society, Beijing

There is something gentlemanly about Mr. Alan Babington-Smith, and considering all he has accomplished in his lifetime, as well as the amazing things he has done here in Beijing, I feel honored to shed light on the incredible life of this man, whose main occupation now is to help lead the Royal Asiatic Society, Beijing.

Alan first arrived in China in the 1970s, encountering a country that in many ways was a China that even the youngest may know little about, and his memories are numerous. Although some of his answers to the questions below are simply stated, the weight of his merit and the role he played in the “rise of China” in our modern history are great to say the least. Alan has played an active role in improving the lives of many people in China.

When did you first come to China?
My very first encounter with China dates back to the 1970s, as a banker. At that time, I met some awesome people, and the business was good, but I was still not sure that the reforms in China would hold. When I returned 20 years later, there was no denying the rise and potential of China, and I was really excited.

What brought you to Beijing?
I came to China to support economic reform in Liaoning by setting up three credit guarantee funds on a UK DFID (Department for International Development) project – mainly to help private companies get bank loans for the first time.

What were your first impressions of the city?
During my early years in Shenyang, then after moving to Beijing in 2003, I was struck by the impersonal vastness of the two cities.

Can you tell us about one of your first quintessential experiences in the city?
In Shenyang, drive and realize that there were more highways around this city than there were in all of Russia. In Beijing, when I came to live here in 2003, the whole city seemed like one big construction site. 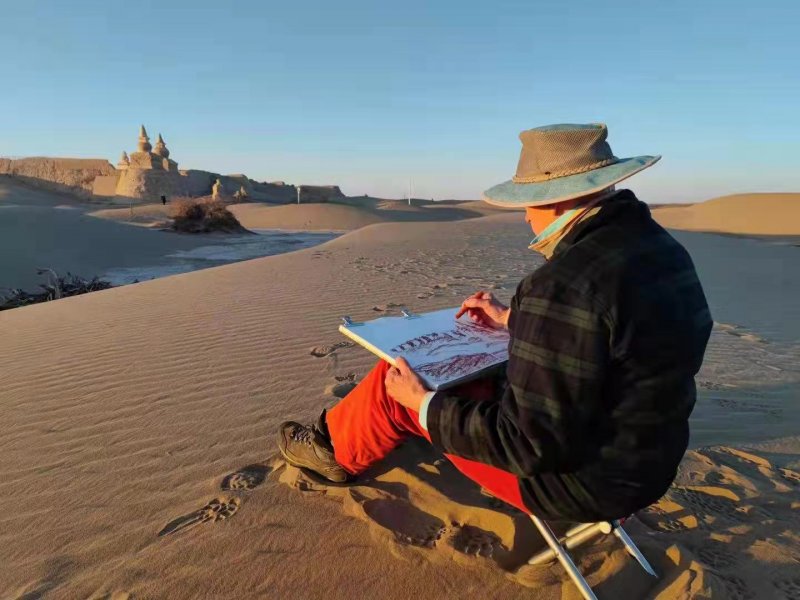 Did you imagine at the time that you would still be here more than 20 years later?
Absolutely not. I had spent the ten years before I came to China traveling to different countries for different time periods, and this is what I expected the pattern of my life would be: three years, maybe, in China, to set up credit guarantee funds, then another three or more elsewhere in the world. But after completing this mission in China, it was clear to me that China was going to be the most interesting place for the next ten to fifteen years.

Was there anything else that helped you make up your mind to stay?
I was happily busy helping to develop a coaching business and a choir, but without a doubt, marrying Melinda and sharing her commitment to China made my stay here so much more appealing in every way possible. 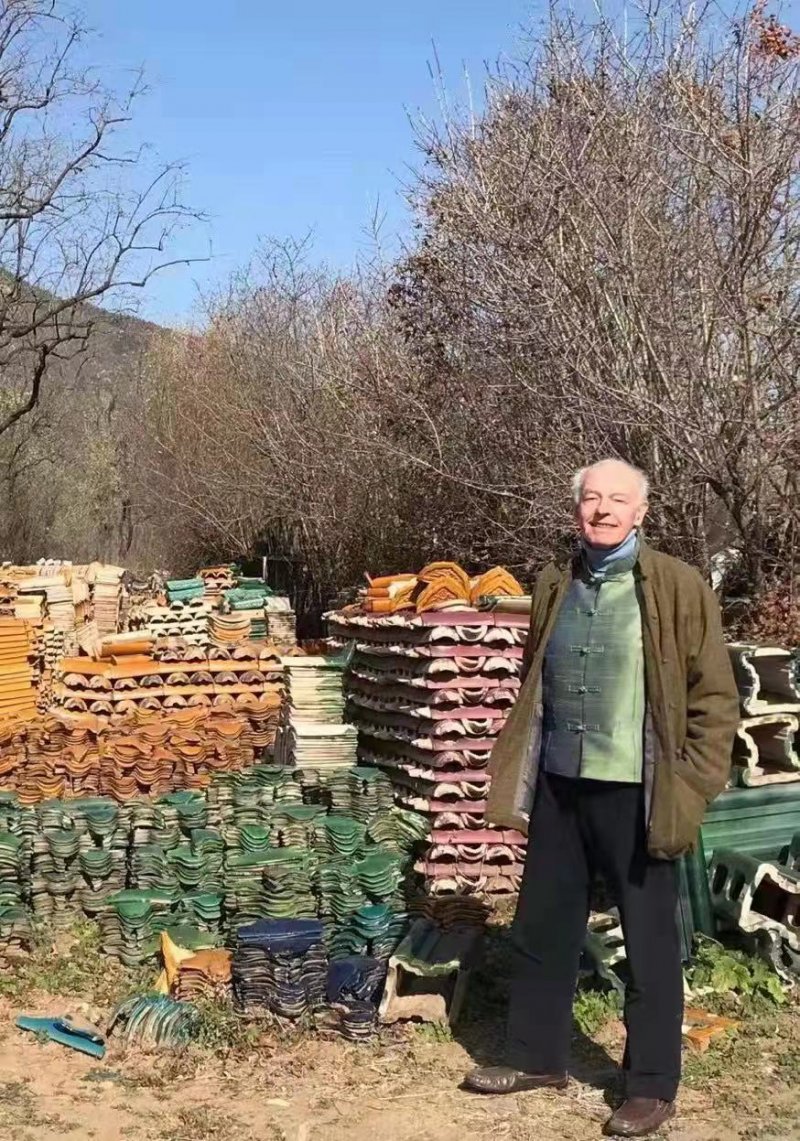 What has changed the most since your arrival?
The speed and scale of China’s rise over the past 20 years is unmatched in world history, so almost everything has changed. If I had to point out two things, one in the background would be the recent increase in order and regulation, and another used on a daily basis would be WeChat.

How do you think Beijing has changed you as a person?
I like to think that I became more open-minded and maybe stayed younger at heart – not least because I got married here for the first time.

How did you meet with your wife?
I met my wife in Xanadu, Inner Mongolia, at a big party in 2001. At that time, traveling was not so easy, and getting there was quite an adventure in itself. My first glimpse of Melinda was a beautiful figure, carrying her own coffee maker, and I thought to myself, “Here’s a woman who knows how to handle China. I introduced myself to her. It turned out that we were both building houses – her near the Ming tombs, me near Shenyang – so our first conversation actually focused on underfloor heating.

A series of coincidences brought us together again ten years later. My wife is also in the 20 for 20 interviews – we are a team. The house that Melinda built is still our home from the city. The house I built was “chai” -ed – “demolished” – a long time ago, but for a while it was a fantasy come true – and the compensation covered all costs. 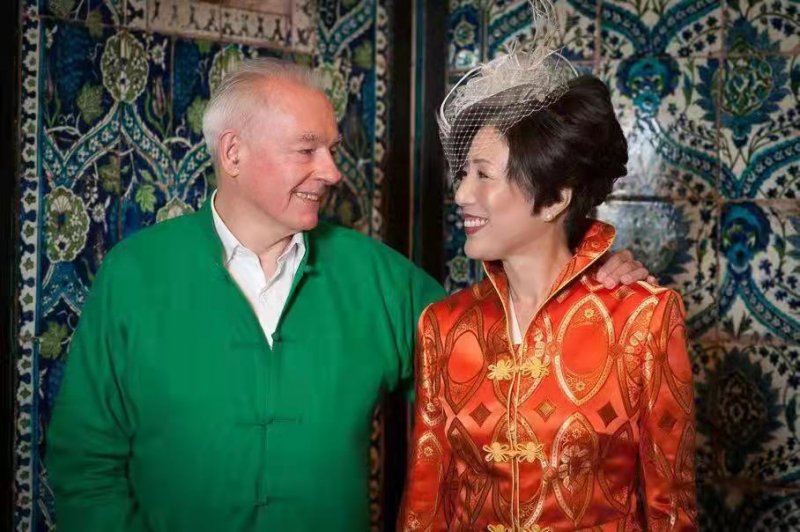 What’s the main reason Beijing continues to attract you to this day?
Constant variety of life and interactions. I regularly have four or five interesting interactions a day, all stimulating and original.

Name your three favorite places in the city.
Ritan Park, where a man regularly appears to write calligraphy on the sidewalk with a huge water brush. Yiheyuan. And life on Yanyue Hutong, in the traditional alleyways that look like a labyrinth.

What advice would you give to relatively recent arrivals?
Learn the language and feel free to use it – try out the tones and speak anyway.

Are you still doing what you came here for 20 years ago?
Not at a distance. I never imagined that I would help start a management training business and help lead a choir, or, for the past seven years, with my wife, Melinda, lead something like RASBJ.

For those who do not know the RASBJ, can you explain a little more what it is?
RASBJ stands for Royal Asiatic Society, Beijing. Its aim is to bring China, Asia and the rest of the world together. We like to think that the company is aimed at anyone with a certain degree of intellectual curiosity. We have hosted over 200 events, and in particular since we started discussions on Zoom, membership has tripled and we are currently running events three to four times per month.

Topics range from pure history – from dinosaurs in China to the Silk Road, say – to a detailed analysis of an individual artifact, such as an 8th-century sarcophagus, which tells the story of cultural exchanges between China and Central Asia. Recently we featured a discussion about what guanxi means in the 21st century. 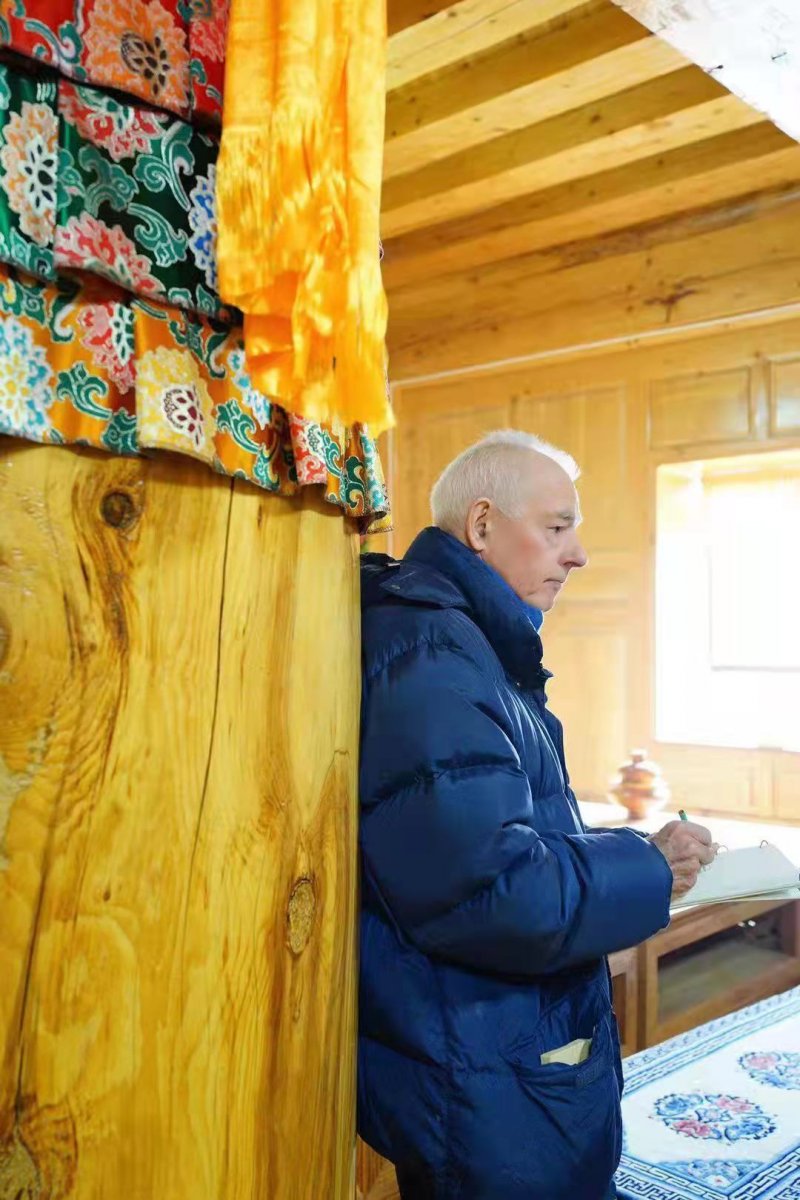 It’s amazing! Is society for everyone, or for foreigners only?
It’s for everyone. We welcome members of all nationalities, Chinese and foreign, and wish to engage with diverse personalities in a whole range of intercultural activities and exchanges, discussing, for example, the differences between Chinese and Western art or the Chinese and Western music. These informal and informal exchanges and interactions are particularly important now.

How about you contributed to China?
In many ways, I see myself as more of a settler than a pioneer, but I have been instrumental in setting up operations in China focused on four innovations: credit assessment processes and standards that have become the norm throughout China; executive coaching, which has helped individuals take control of their lives and improve their business performance; establish a community of intellectually curious expatriates and Chinese seeking to enhance cultural understanding; and help bring the international classical choral repertoire to China.

Which of them are you most proud of?
I’m proud that the organizations for the first three efforts are still thriving.
Emotionally, the fourth is very important to me too. For 15 years, we have regularly filled the Forbidden City concert hall with an audience – half Chinese and half expatriate – to hear world-class performances by a volunteer choir (including many Chinese and with a professional Chinese orchestra) of an annual Messiah and other pieces of the best choral music in the world. Many of these performances – including two Bach Masses – were first in China.

What did China give you?
Lots of opportunities to “reject” at an age where I expected to “retire”. I built a 1000m² siheyuan. I am married. I have known incredible regions of China, from Liaoning to Lhasa. I developed painting as a new hobby. I interact with top global academics.